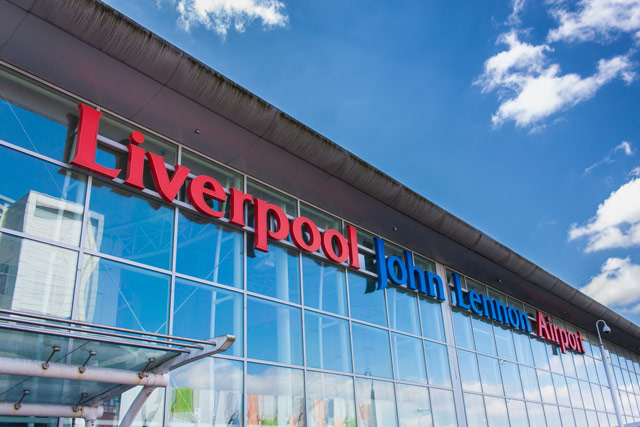 We make it our mission to provide our readers with the best ways to move around the city, which is why we have created this informative guide to ensure you make the most of this amazing facility at your fingertips.
Liverpool John Lennon Airport is the city’s gateway to the rest of the world. With news that new routes have been added to Liverpool John Lennon Airport, we thought we’d showcase all the amazing things the international airport has to offer. 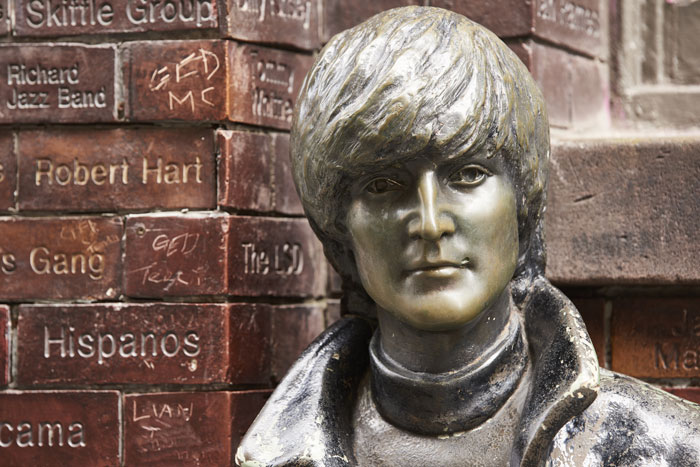 Did you know Liverpool John Lennon Airport is a bit of a record breaker? That’s because it is the first UK airport to be named after an individual. That individual is, of course, The Beatles’ singer-songwriter, John Lennon.

Shortest Queue Times in the UK

Did you know Liverpool John Lennon Airport has the shortest queuing times of any airport in the UK? Well, they do, as they believe organisation is key to keeping their queues to a minimum.
However, you can pay for Fast Track Security to speed the process up a little more. No-one enjoys the check-in experience at the airport, which is why it is worth paying just £3.50 when you book online for the fast track security service. You can skip the queues, allowing more time to spend at the airport’s shops, bars and restaurants. However, you still must arrive at least two hours before your flight’s stated departure time. 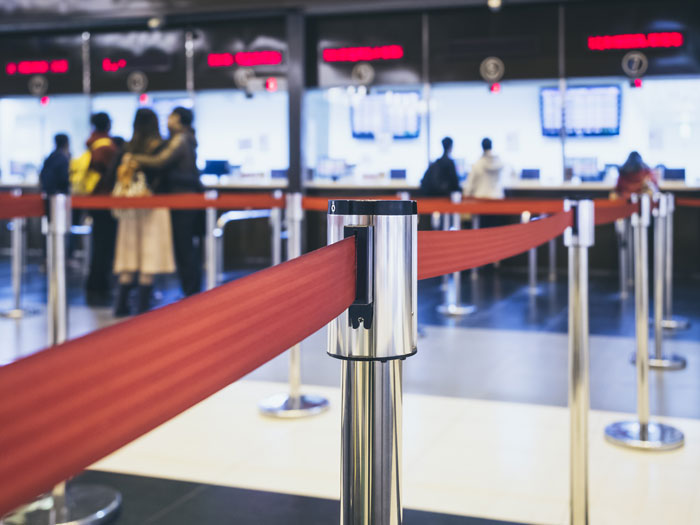 Liverpool John Lennon Airport is located in Speke, offering fantastic transport links to and from the airport. You can reach Liverpool John Lennon Airport via car, train, bus, taxi or even bicycle. Colleagues are also available onsite to help direct arrival passengers to the nearest bus or train stations, so you will not have to search aimlessly for transportation.
If you’re travelling by road, you will be happy to learn the airport is conveniently located to many North West motorways, including the M57, M62 and M56, and it’s also not too far away from the A1, M6 or M1, offering great connections across the UK.
The closest rail station to Liverpool John Lennon Airport is Liverpool South Parkway, which is situated just 2 miles away from the airport and can be reached by bus or taxi. The station also offers fantastic connections to Manchester, Yorkshire, North East, West Midlands and East Midlands, as well as offering connections to London Euston services from Runcorn or Crewe. 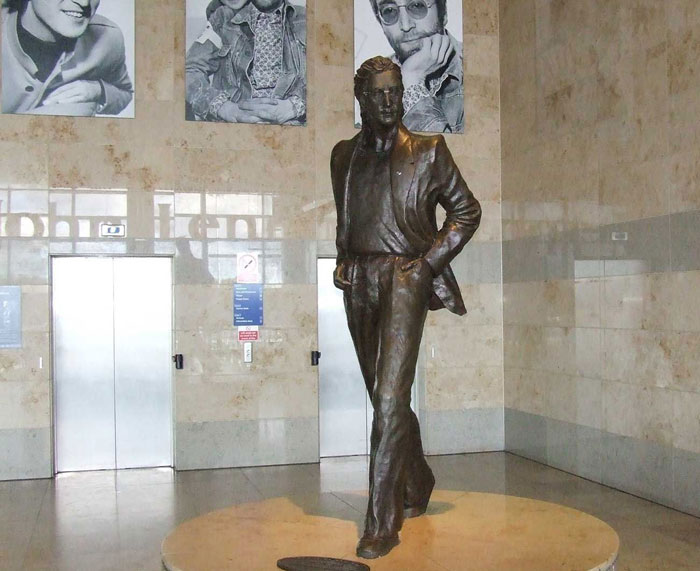 You might not realise it, but there are a fair few Fab Four attractions dotted around Liverpool John Lennon Airport. For example, the roof is painted with a lyric from John Lennon’s hit song ‘Imagine’ that reads “Above us, only sky”. You’ll also find a sculpture of the man himself.
The Yellow Submarine sculpture, which was previously displayed on the Albert Dock, was also installed on a traffic island at the airport entrance. There is also a permanent exhibition of The Beatles in India photographs, taken back in 1968 at the Ashram of Maharishi Mahesh Yogi by Paul Saltzman, which can be found above the departure lounge’s retail units.

You may have recently heard Blue Air has added new destinations, significantly adding to the airport’s domestic and international flights. Flybe has also announced they are considering adding 12 new routes between Heathrow and Liverpool. Take a look at the new routes from Liverpool John Lennon Airport with Blue Airline, which will transport 189 passengers at a time… 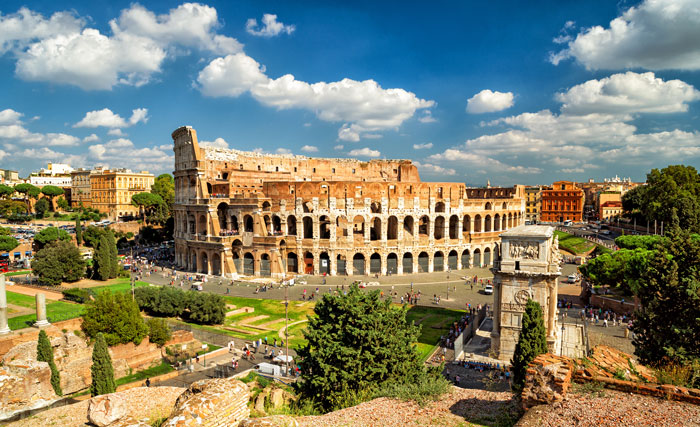 You will soon be able to travel from Liverpool to Rome via Liverpool John Lennon Airport, which will allow you to explore the history and architecture of Italy’s capital city that’s steeped in intriguing history. See everything from the Colosseum, step inside neighbourhoods such as Monti or Trastevere, or smell the beautiful aroma of freshly-ground coffee from the many cafes. 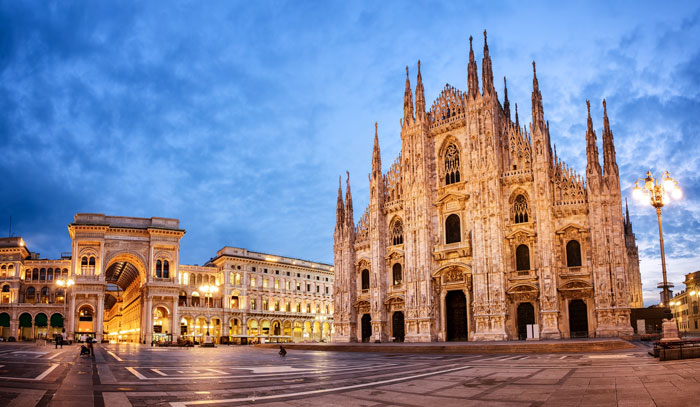 Another fashion capital of the world is at your fingertips from Liverpool John Lennon Airport. Blue Air has recently announced a new route to Milan, which is not only the home of European fashion but offers exquisite architecture you will simply adore. 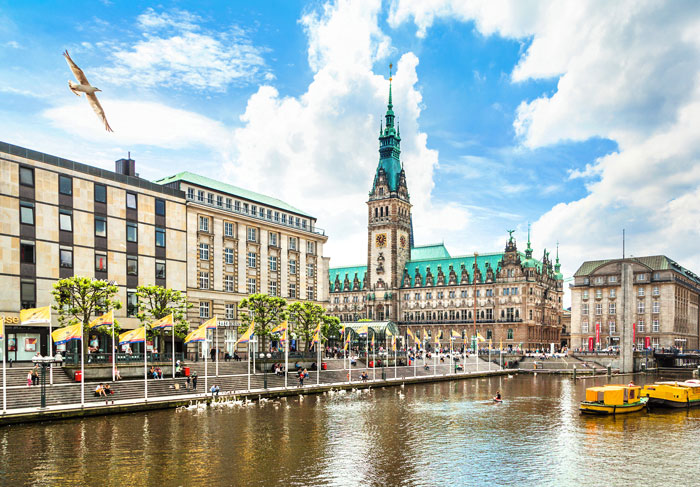 Blue Air has also added a new route to Germany’s second largest city, Hamburg. You will never be short of amazing things to do in this magnificent city, which offers the nation’s biggest port. Just some of the attractions you won’t want to miss include Chilehaus, which is one of the Hamburg’s most beautiful buildings, dating back to 1924. You can also visit 2,500 animals at Hamburg’s zoo, Tierpark Hagenbeck, which features tigers, elephants, orangutans and more. 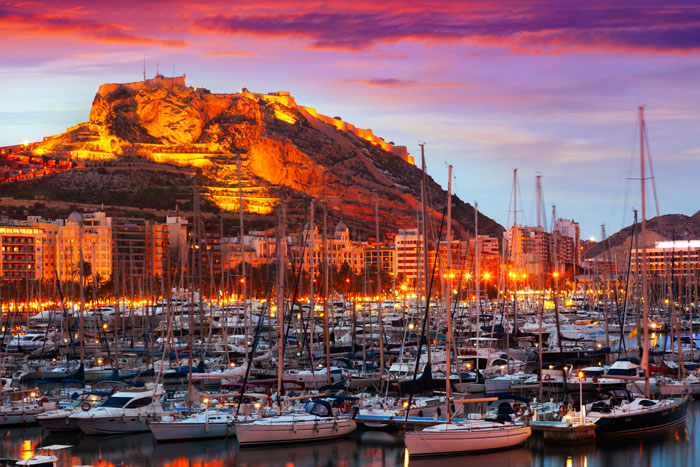 Offering beautiful sandy beaches, amazing hotels and plenty of bars and restaurants, it is no wonder Blue Air has added the new routes to Liverpool John Lennon Airport, as they are bound to prove popular. Whether you come for the history, nightlife or food, you are in for one amazing holiday in the attractive Spanish city.

Whether you are looking for a beach holiday or a city break, you will find the perfect destination from Liverpool John Lennon Airport. Take your pick from the many airlines, including Easyjet, Thomson, Aer Lingus, Ryanair, Flybe, Vueling, Czech Airlines, Wizz Air and Blue Air.
Here are just some of the destinations you can consider for you next holiday from our beautiful city… 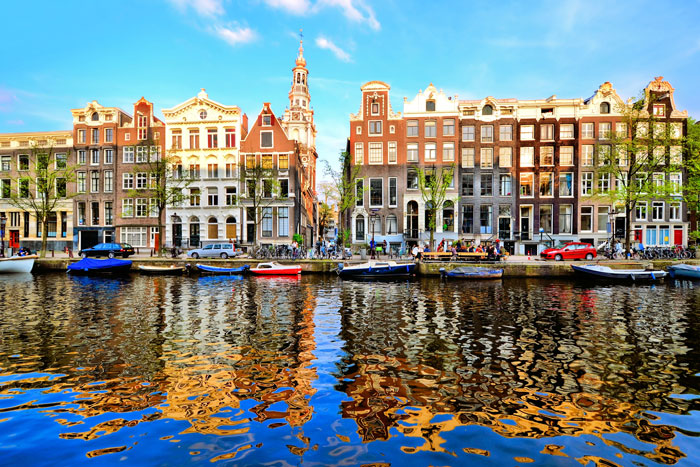 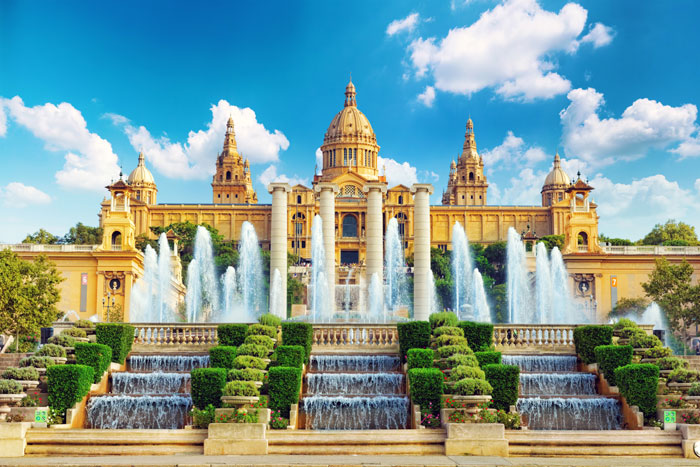 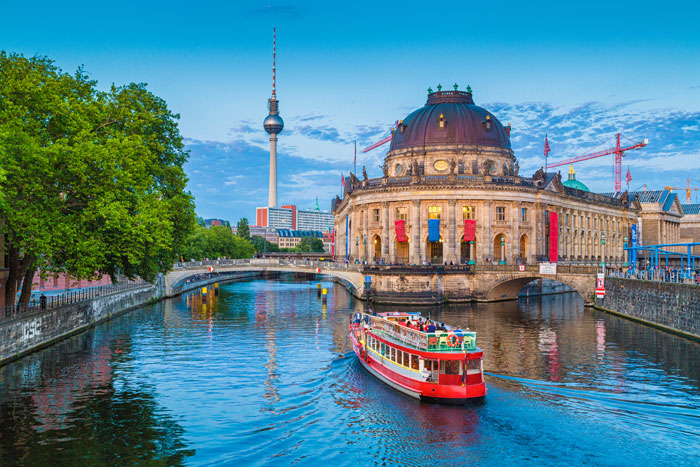 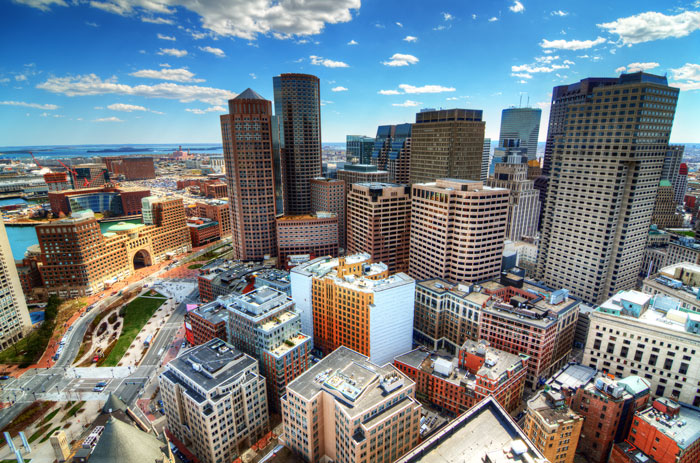 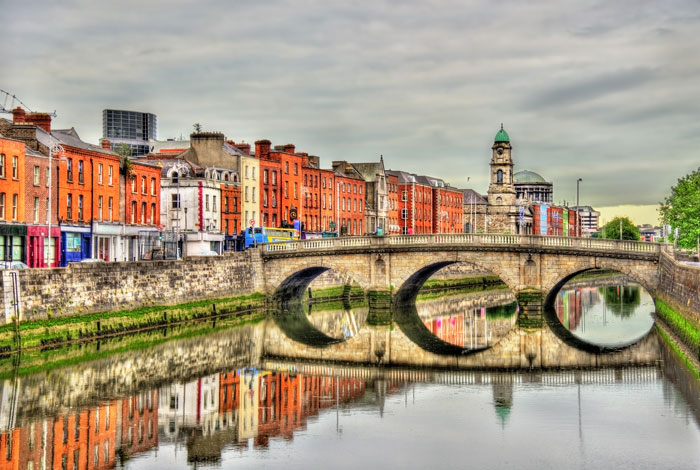 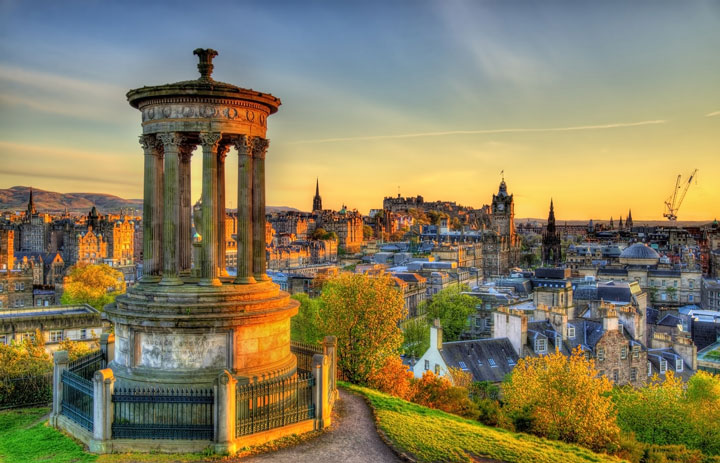 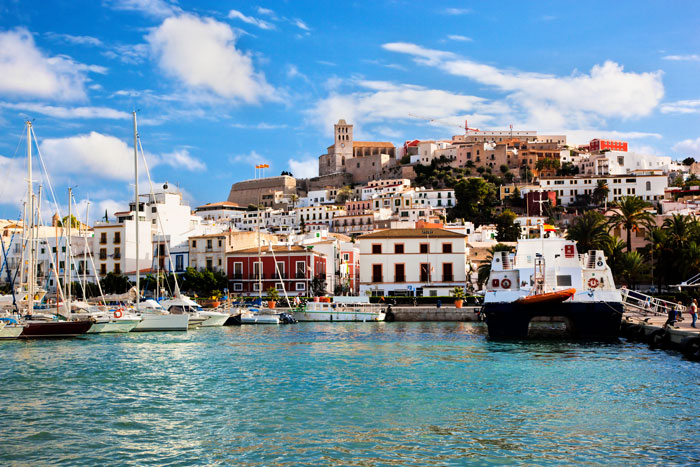 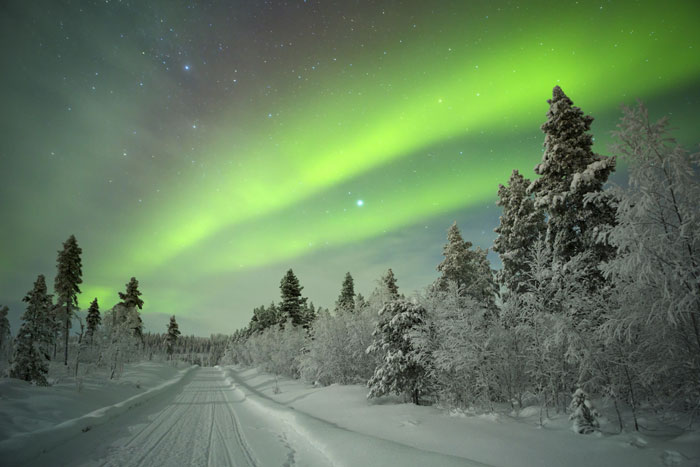 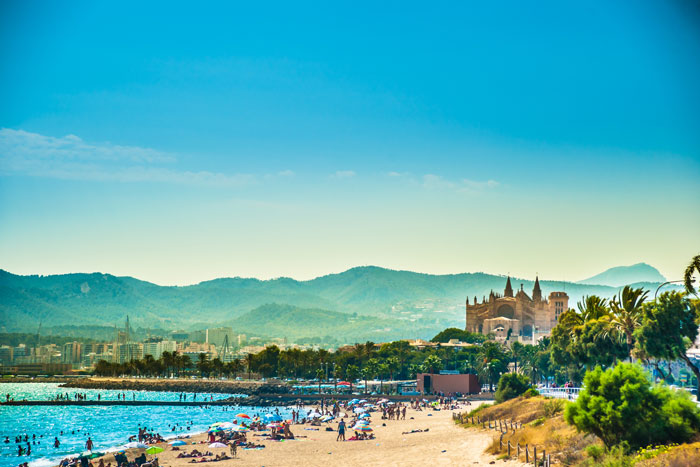 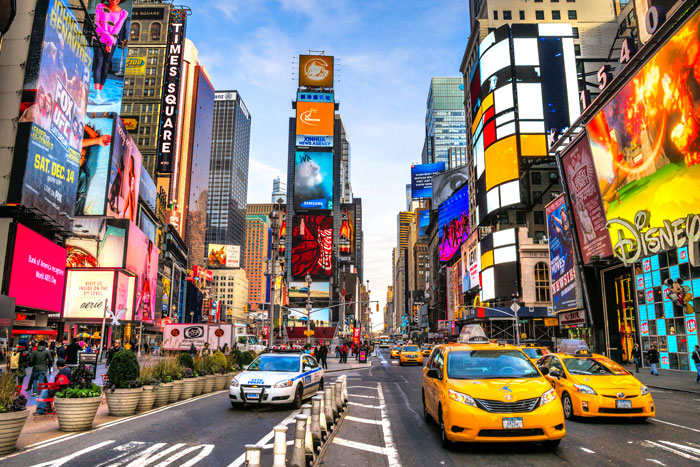 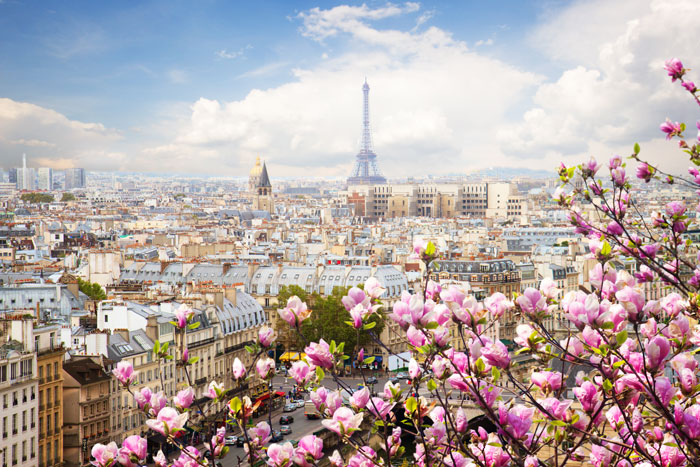 Each airline and tour operator can determine their own hand and hold luggage policies. If you would like to know more about your luggage allowance before a departure, we recommend contacting your airline prior to your journey.

Liquids should only be placed in your hold luggage, if possible. Passengers can only carry small quantities of liquids in separate containers, which cannot exceed 100ml in capacity. The containers must also be placed inside a single, transparent, resealable plastic bag, which is approximately 20cm by 20cm. The bag can contain no more than 10 items, and only one transparent bag of liquids is allowed per passenger. The bag should also be presented separately at security.

Now, here’s the bit you’re really interested in. The moment many people step inside the airport, they simply cannot wait to order their first drink of their holiday, and you won’t be disappointed by the selection at Liverpool John Lennon Airport. Here are the fantastic bars and restaurants you can drop into before your flight… 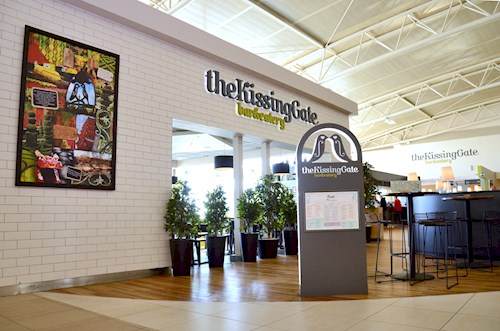 The check-in experience is over and all there is left to do is order a drink at the bar to toast your trip. The Kissing Gate is therefore the ideal bar, as you can dine, drink and relax before you have to step onto the plane. With a varied range of drinks and a classic British pub menu, you’ll feel like you’re already at your destination.

For pizza, pasta and burgers, make your way to the popular Frankie & Benny’s, which caters to both adults and children. They also offer low calorie options and all-day breakfast you’ll want to gobble up. Plus, if you really want to get into the holiday spirit, you could always treat yourself to a cocktail or two. 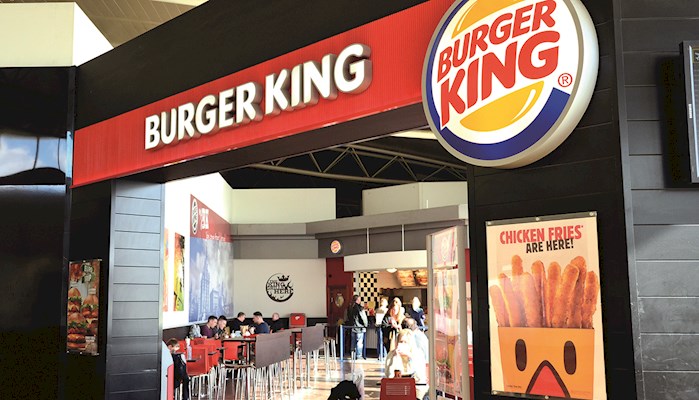 For a classic burger that delivers on taste and price, Burger King is the place to visit before your long or short haul flight. This fast food restaurant is a staple in most airports, which is why you can guarantee you’ll find one at Liverpool John Lennon Airport.

If sandwiches are more up your street, Subway is a must. It’s perfect for those wanting to grab a bite to eat on-the-go, which means you can grab a 6-inch or foot long sub before you step onto the flight.

If you’re planning to embark on a long-haul flight and want to stay awake to avoid the dreaded jetlag, you could always grab a coffee from Starbucks. With an inviting atmosphere and wide selection of drinks to choose from, it’s the perfect place to discuss all the things you’ll get up to on your jollies. 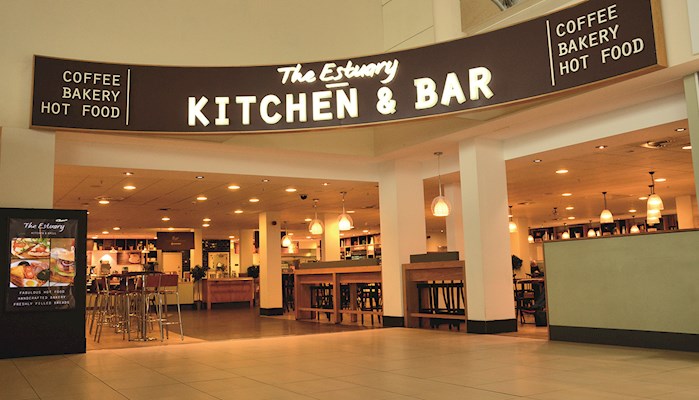 For freshly prepared meals that will fill up before your big flight, grab a table at The Estuary Bar & Grill, which offers main meals, snacks and lighter bites throughout the day, so there’s no reason to fly on an empty stomach.

Caffè Ritazza offers so much more than just great coffee, as you can soak in its wonderful atmosphere from the moment you step inside the departure lounge. Perfect for those who want to skip the alcohol and enjoy a delicious cappuccino or latte.

For coffee, freshly baked pastries, delicious soups, filled jacket potatoes and handmade sandwiches, pop along to Joe’s Coffee House to enjoy a tasty drink, dish or snack before your flight.

Every airport is partial to a JD Wetherspoon, and Liverpool John Lennon is no exception. With great local ale, pub food and affordable prices, it’s a great place to start a holiday.