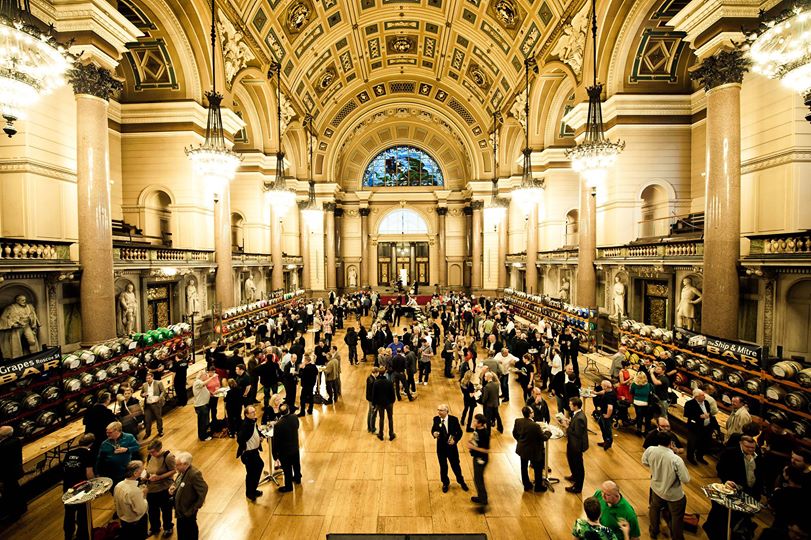 St George’s Hall is, without a doubt, the heart of the city, as it is here people come to grieve, celebrate and commemorate. It is in this very building that people say “I do” to the love of their life, and where movies and TV shows are filmed for the world’s enjoyment.

The foundation stone for St George’s Hall was first laid in 1838, which was laid to commemorate the coronation of Queen Victoria. Soon after, a competition to design the building was held and won by London architect Harvey Lonsdale Elmes.

The competition was initially held to design a hall to host triennial music festivals; however, due to a need to assize courts in the city, Elmes entered and won a competition to design the courts.

The original intention was to construct two separate buildings, but it was later agreed to combine both buildings into one scale, but on a scale that would outdo other UK buildings.

Construction began on St George’s Hall in 1841, but the building did not open until 1854, with the small concert room opening just two years later. Following the death of Elmes in 1847, Sir Charles Cockerell was appointed the project’s architect in 1851 and was responsible for the building’s exquisite interior.

The hall offers a Crown and Civil Court, which were used as working courts until the 1980s until the court relocated to Derby Square. However, the history of the building can still be explored, as the ground floor and basement levels feature holding cells for prisoners and the condemned cell.

The building was restored in the early 2000s and was reopened by HRH Prince Charles in April 2007, unveiling the new Heritage Centre, which offers an introduction of both the hall and its history.

Every year, people across the city take to St George’s Hall plateau to celebrate Liverpool Pride, and it was also outside the hall where 25,000 people gathered following the assassination of John Lennon.

St George’s Hall is more than just a historic music hall and court; it is a beautiful wedding venue that provides a stunning backdrop to a person’s big day.

Offering a variety of rooms for you to say I do or to host a function, it’s the perfect place for loved ones to come together and create history in a building that is defined by it.

One of the biggest events taking place at St George’s Hall every year has to be Liverpool Pride.

People from across the city and beyond visit St George’s Quarter to celebrate the LGBT community, which offers a host of festivities the whole city will love, taking place at St George’s Hall, St John’s Gardens, William Brown Street and St George’s Plateau.

Due to the building’s stunning interior and exterior, St George’s Hall has featured in countless movies and TV shows over the years, including Peaky Blinders, In the Name of the Father and the upcoming JK Rowling film Fantastic Beasts and Where to Find Them.

Thanks to Liverpool’s historic architecture, the city can now double for locations across the world, such as New York and Moscow, so it’s no surprise movie production companies are coming to Liverpool to create their hit flicks.

St George’s Hall is often one of the first landmarks a tourist sets their eyes on when they enter Liverpool, as the building is located opposite Lime Street railway station, allowing travellers to experience our exquisite architecture from the second they step foot into our warm and welcoming city.