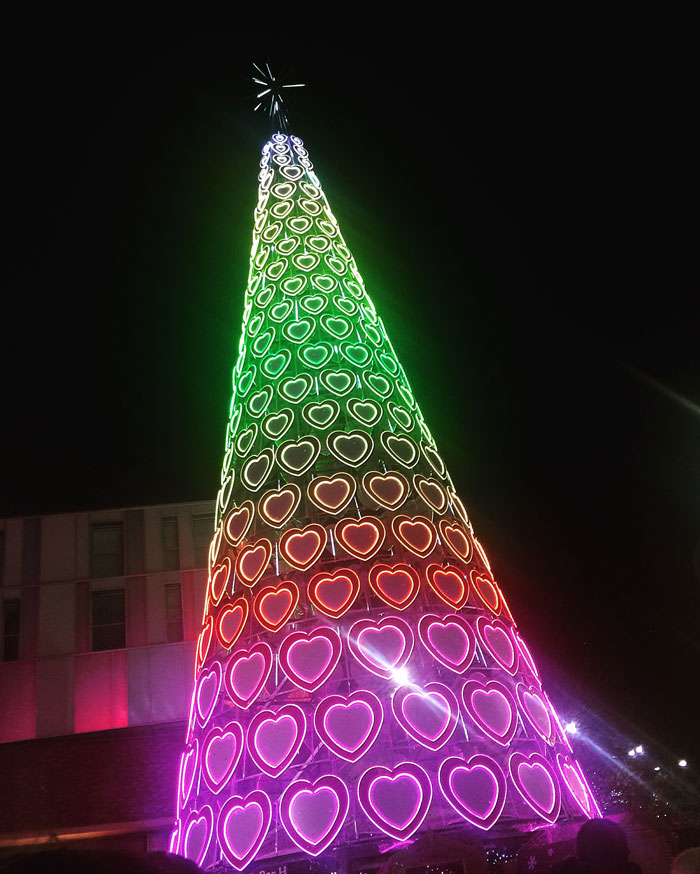 Have yourself a very merry Christmas with the help of Big Liverpool Guide. We have done our homework to provide our ultimate guide to the festive season. Just take a look at the many amazing things happening across the city, which will ensure you don’t have a blue Christmas. 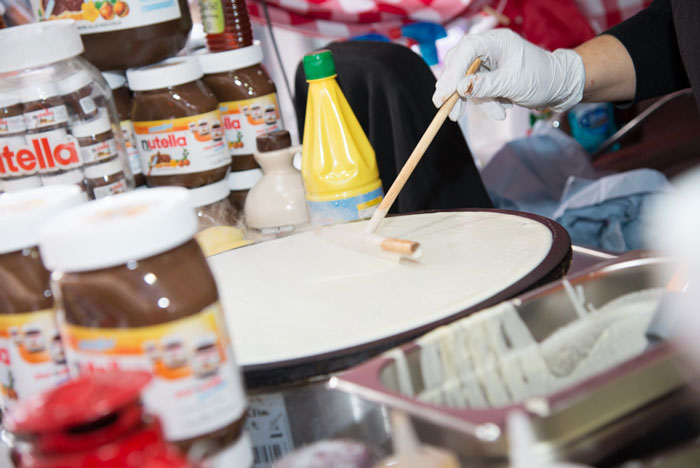 When: Until 2nd January 2017
Where: Liverpool One
Liverpool One is a hub of festive activity, offering the UK’s tallest tree that’s adorned with 280 colourful heart lights, with the perfect gift of Bar Hutte underneath the tree, which provides winter warming drinks and ten seasonal huts for you to choose from. You can also make your way up to Chavasse Park, where you’ll find a number of stalls selling fresh crepes, traditional bratwursts and many more festive treats. 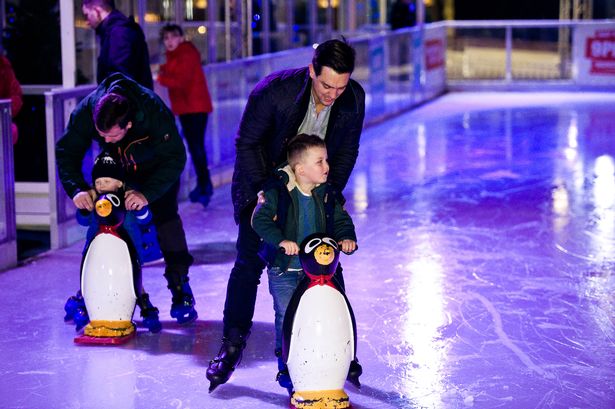 When: Until 3rd January 2017
Where: Pier Head
Make your way to the Pier Head so you don’t miss the ice rink, where you make wonderful memories with your partner, children or friends. You can also enjoy the UK’s largest ever real ice slide, with three 30m runs for you to choose from. You won’t want to miss it. 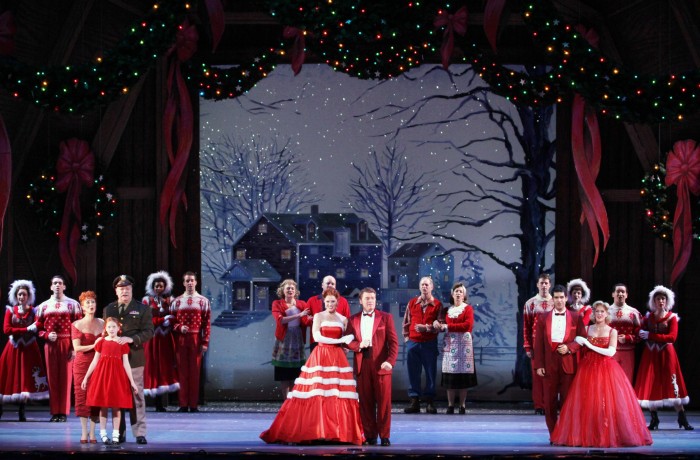 When: 17th to 20th November 2016
Where: Liverpool Empire Theatre
We’re dreaming of a White Christmas here at Big Liverpool Guide, which is why we absolutely cannot wait for the Liverpool Empire Theatre’s production of the Bing Crosby movie classic. Filled with themes of goodwill, joy and love, you will feel the spirit of Christmas in this historic theatre. With timeless Christmas songs, dancing and plenty of snow, you will simply have a wonderful Christmastime. 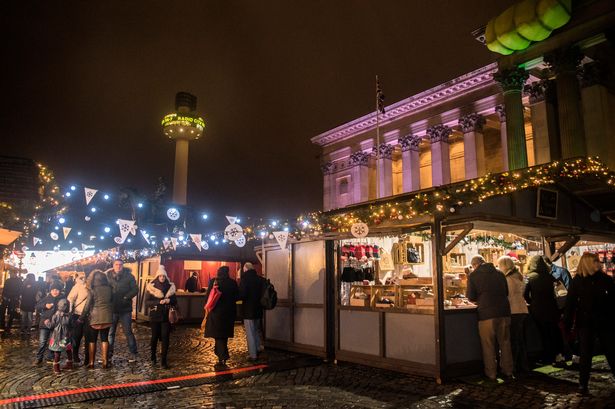 When: Friday 18th November 2016 to 22nd December
Where: St George’s Plateau
The Liverpool Christmas Markets are back but this time in a brand new home of St George’s Plateau. With up to 50 stalls and the beautiful backdrop of St George’s Hall, which will this year host the DreamWorks Lights, there has never been a better time to embrace the festive season in Liverpool. Click here to find out more.

Christmas with Artisans in the Palm House 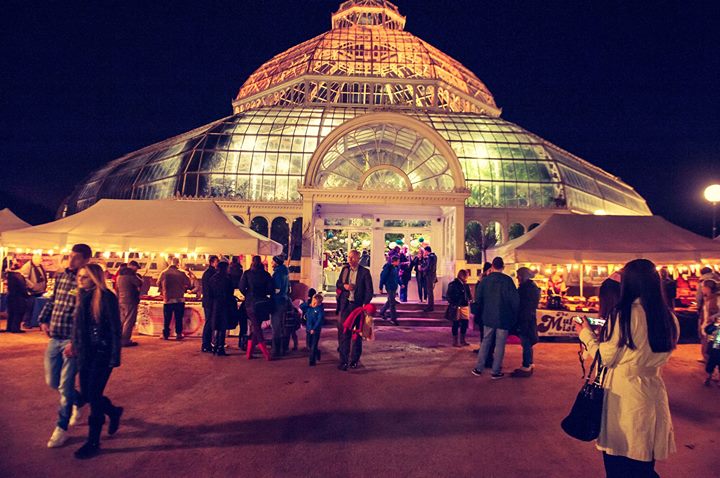 When: 25th November to 27th November 2016
Where: Sefton Park Palm House
Come along to the 4th winter celebration at the Palm House. 300 independents will be offering pure indulgence over the course of three days. On 25th November, you can shop, eat and drink, whilst listening to seasonal music and feeling all Christmassy thanks to the rather festive lighting. 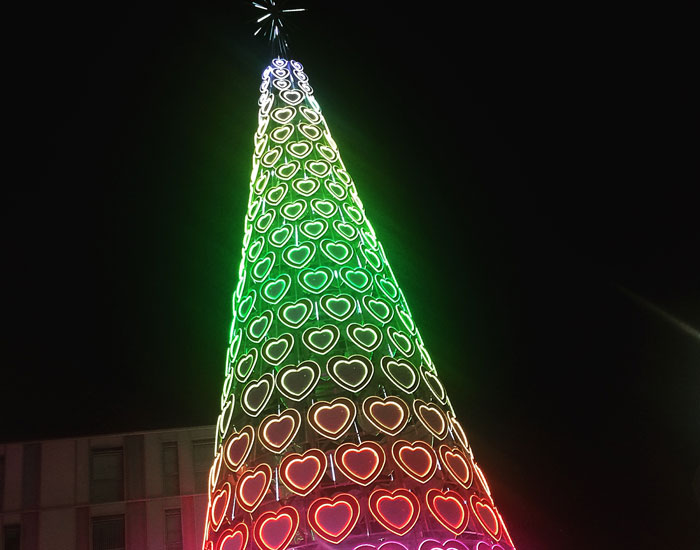 When: 25th November 2016
Where: Liverpool
Looking for a bargain this Christmas? Well, you might just be able to bag one at the Black Friday sale, which will take place on 25th November. Black Friday is the biggest shopping day of the year, meaning stores across the city may well slash their prices so you shop with them. However, we advise to shop with caution to ensure you actually secure a genuinely good deal. 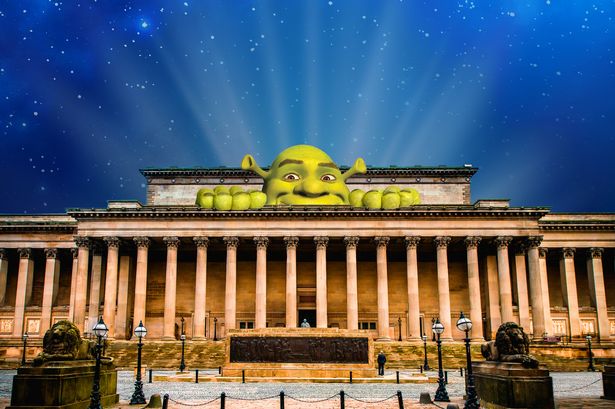 When: Saturday 26th November to Sunday 15th January 2017
Where: St George’s Hall
As part of One Magical City, DreamWorks Lights will be setting up at St George’s Hall this November, with the lantern experience remaining in the city until the middle of January. You and your little ones can meet 100 characters, and experience 25 memorable scenes from Kung Fu Panda, Madagascar and Shrek, offering a truly unique festive experience for all the family. 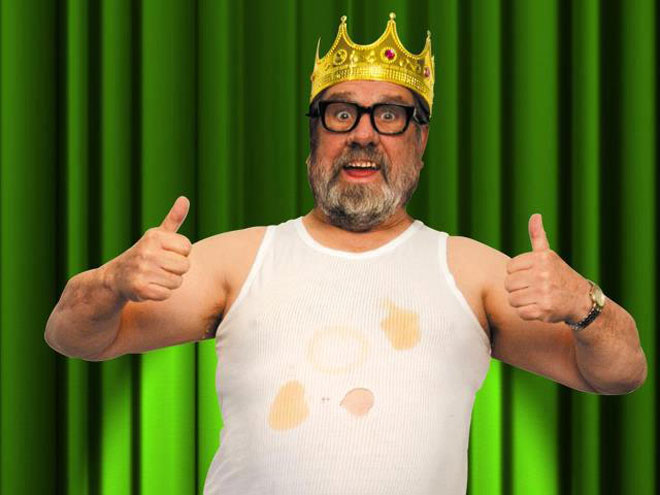 When: Sunday 27th November 2016
Where: The Greenroom
How would you like to experience the best variety acts from across the UK? All you have to do is book tickets to the Royle Variety Show: Christmas Special at The Greenroom, then. This popular event will provide an afternoon of non-stop laughter and entertainment, as you enjoy the electric atmosphere of this popular Duke Street venue.

From Darkness to Light 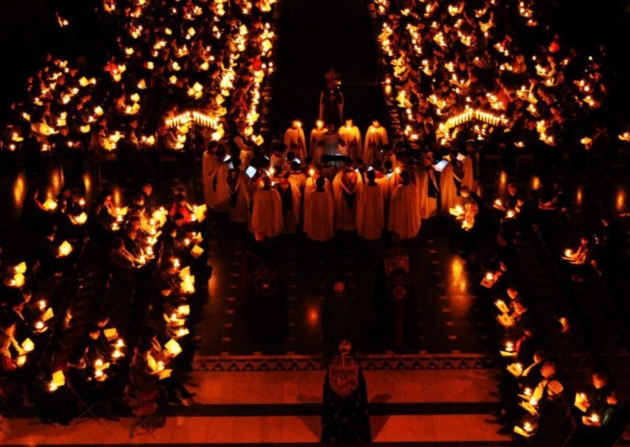 When: Sunday 27th November 2016 (5.30pm)
Where: Liverpool Cathedral
To mark the first Sunday of Advent, Liverpool Cathedral will host From Darkness to Light, which celebrates the light Christ brings into the world. Enjoy a choir and clergy move in procession from darkness to light, with music accompanying the service as the beautiful cathedral is bathed in light. 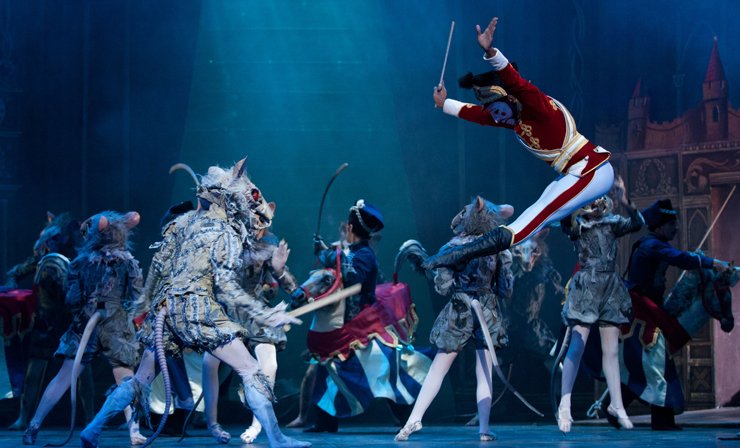 When: 29th November to 3rd December 2016
Where: Liverpool Empire Theatre
Watch the exciting English National Ballet production of the Nutcracker at the Liverpool Empire, where Clara and her enchanted Nutcracker doll discover a magical world, where she battles a Mouse King before meeting a handsome stranger. However, it’s not until Clara and the Nutcracker take a hot air balloon ride across London until the adventure really begins. You will love it.

When: 30th November to 4th December 2016
Where: Echo Arena Liverpool
The fantastic winter wonderland of Frozen comes to the Echo Arena this Christmas. The little ones can sing-a-long to their favourite songs from the Academy Award-winning animation, which tells the story of two royal sisters, Anna and Elsa, as well as the loveable snowman Olaf. Christmas is all about family, right? So you just have to take the kids along to this superb production, which allows audiences to discover there is nothing more powerful than true love and friendship. 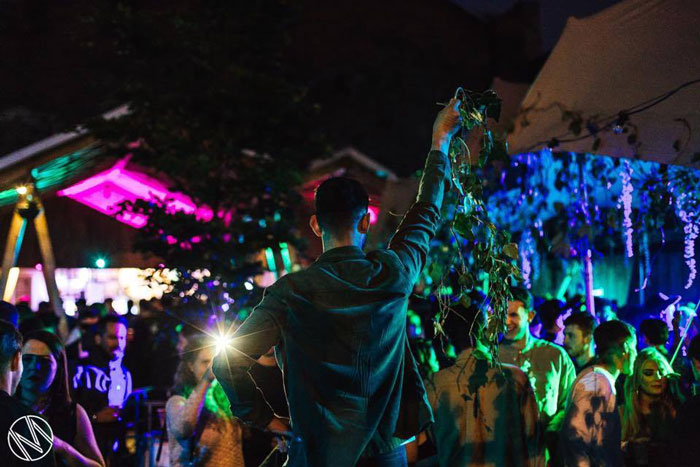 When: 1st December 2016
Where: Constellations
The cold days and nights have officially arrived, meaning winter is firmly on its way. Due to the colder temperatures, Constellations has a new-look winter bar, which they will unveil on 1st December 2016, offering some exciting décor changes and a brand new winter bar menu filled with warming drinks for a toasty evening. 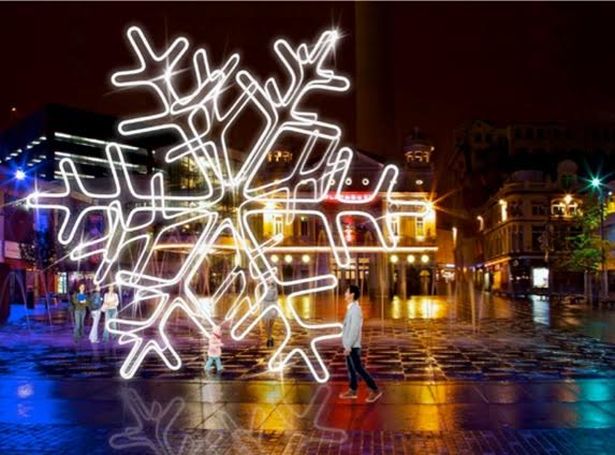 When: Thursday 1st December 2016 to Tuesday 3rd January 2017
Where: Across Liverpool city centre
The Snowflake Trail offers a festival of light and sound, which will capture the imagination of both young and old. Read the Christmas story before following the trail to go in search of sculptural snowflakes, as well as spotting the city’s finest landmarks, which will be transformed by dazzling lights, interactive illustrations and swirling soundscapes. 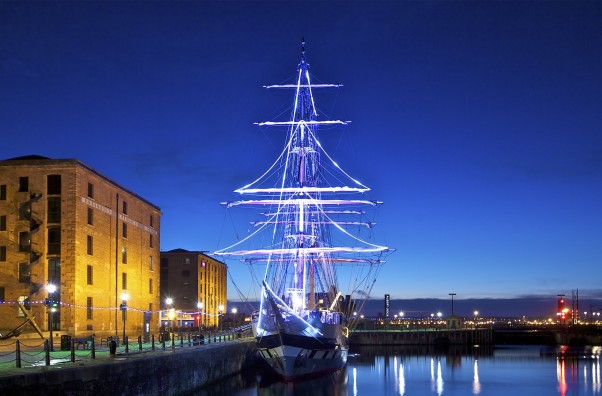 When: Saturday 3rd December 2016 to 2nd January 2017
Where: Albert Dock
It’s the most wonderful time of the year, which is why the Albert Dock will be transformed with the a magical 4D projection mapping spectacular. In collaboration with National Museums Liverpool and Crucial FX, immersive technology specialists, the Grade I Listed Dr Martin Luther King Jr building will offer a festive illuminated display each night.

When: Saturday 3rd December 2016
Where: Liverpool Cathedral
The Winter Arts Market will make a welcome return this Christmas at Liverpool Cathedral. Now in its 8th year, more than 200 artists, makers and designers will come together to offer art, jewellery, Christmas decorations, photography, homewares, beauty products and so much more. You will therefore find the perfect gift for that someone special. 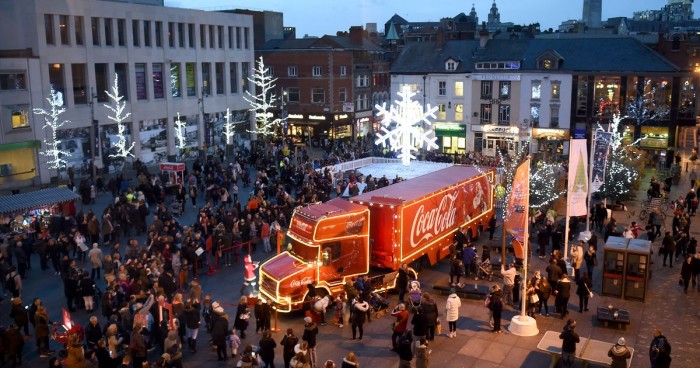 When: Sunday 4th December 2016 (1pm until 9pm)
Where: Williamson Square
Holidays are coming and Christmas will officially be here once the Coca-Cola truck rolls into town, which will arrive at Williamson Square on Sunday 4th December from 1pm until 9pm. You can look forward to grabbing a selfie with the festive truck and enjoying a free can of Coke. 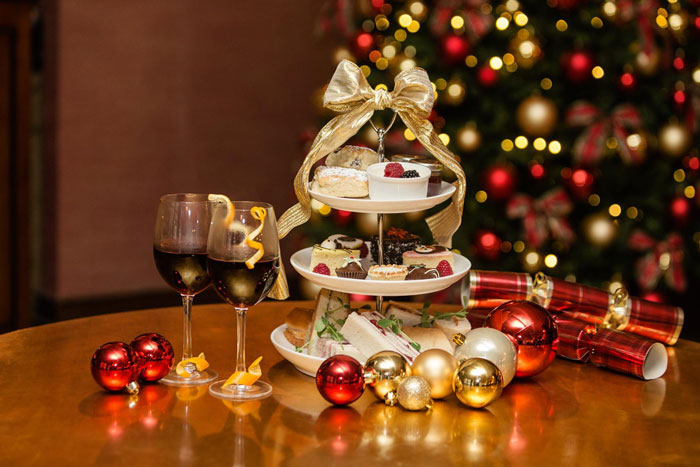 When: Sunday 4th December 2016
Where: White Star Grand Hall at 30 James Street
Treat yourself to all your festive favourites at 30 James Street this Christmas, because they are hosting a superb Swing Afternoon Tea with a festive twist. With miniature Christmas puddings, seasonal sandwiches and scrumptious cakes, complemented by seasonal music from a talented swing singer, this historic venue is offering a true taste of Christmas. 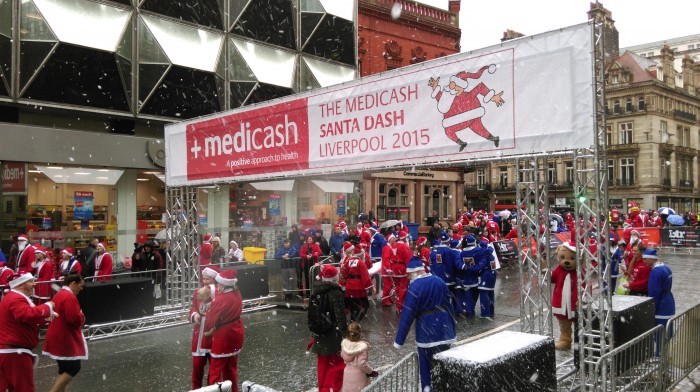 When: Sunday 4th December 2016
Where: Canada Boulevard, Pier Head
There’s never been a better time to grab your Santa suit and enjoy a 5k fun run, because the Liverpool Santa Dash is back. The route will take runners through the city centre, with the dash coming to a close at the Town Hall on Castle Street. The kids can even get involved in a little mini 1km dash run for children aged 12 and under, which will take place after the main run and will finish at 11 am. 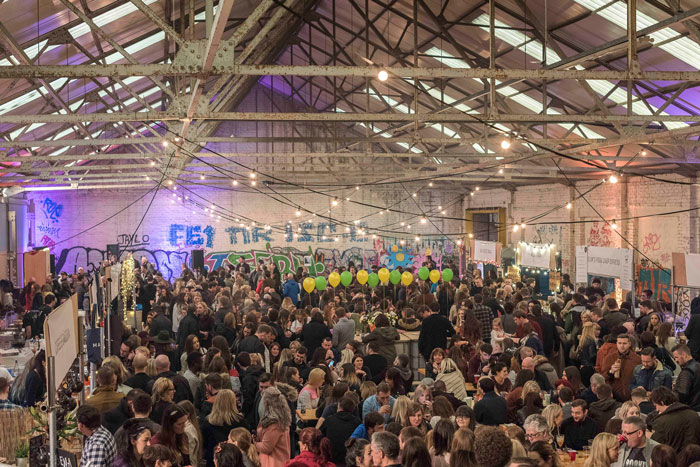 When: 8th to 11th December 2016
Where: Great Baltic Warehouse
Christmas provides a fantastic opportunity to indulge in a little (or a lot) of what we like, which is why you just have to attend Independent Liverpool’s Christmas Festival. Some of the city’s finest restaurants have come together to put a festive twist on their fantastic menus.
The Great Baltic Warehouse’s gin garden will also be converted into a mulled wine garden, whilst the greenhouse space will be converted into ‘me Nans’, which is basically a pop up Baileys bar that looks like a typical Scouse Nan’s living room on Christmas Day. The event will also offer a Liverpool Craft Corner for all you beer lovers and the Grown Up Grinch’s Grotto will also be making a welcome return. 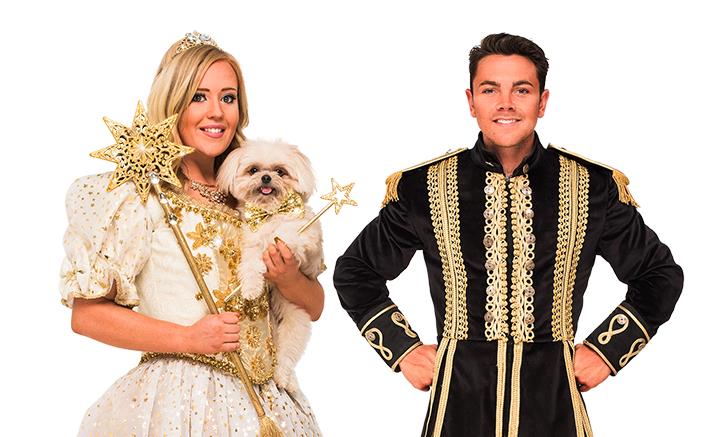 When: 16th to 24th December 2016
Where: The Auditorium at Echo Arena Liverpool
It isn’t Christmas without a pantomime, is it? Oh no it isn’t! Well, you might just be delighted to learn you can catch a performance of Cinderella in The Auditorium at the Echo Arena Liverpool. Cinderella could very well fall in love with the handsome prince (Ray Quinn), offering a beautiful love story that’s just in time for Christmas. 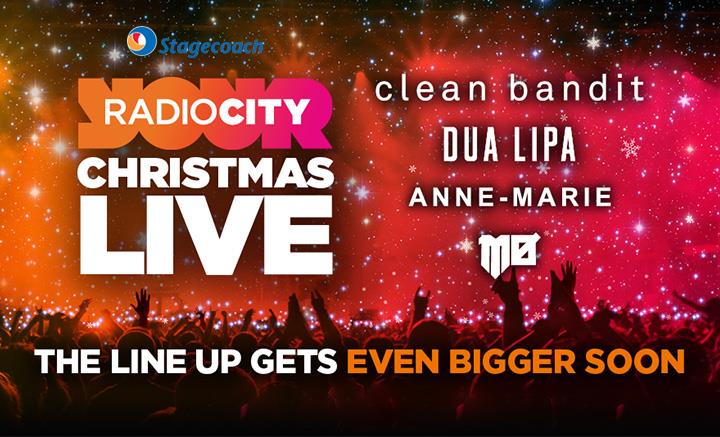 When: 17th December 2016
Where: Echo Arena Liverpool
Some of music’s biggest stars will be bringing all the fun of Christmas to the Echo Arena stage this December. Acts confirmed for Radio City Christmas Live include Clean Bandit, Dua Lipa, Anne Marie and M Ø.

Sing Along with Santa 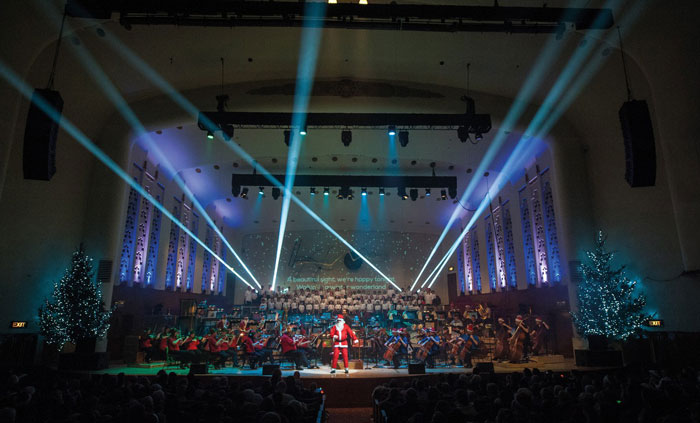 When: 17th to 22nd December 2016
Where: Liverpool Philharmonic Hall
Nothing screams Christmas like singing along with Santa – and you can do just that at the Liverpool Philharmonic Hall from 17th to 22nd December. Warm up that voice box, because you and Saint Nick will be singing some festive hits. There has never been a better time for a child to experience the beauty of a full symphony orchestra, which will play some classic Christmas hits for all the family. 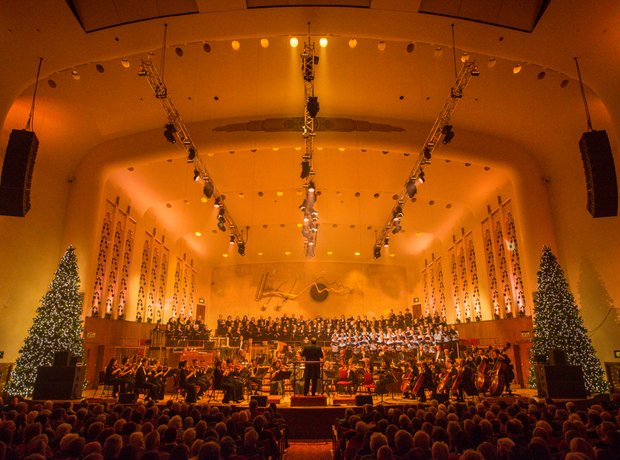 When: 17th December to 23rd December
Where: Liverpool Philharmonic Hall
If you can’t make it to Sing Along with Santa, you could always book tickets for Spirit of Christmas at Liverpool Philharmonic Hall from 17th to 23rd December 2016. Enjoy the long established carol concert, which will be led by Ian Tracey, offering carols such as O Holy Night, Silent Night and Come all ye Faithful.

Christmas with The Overtones 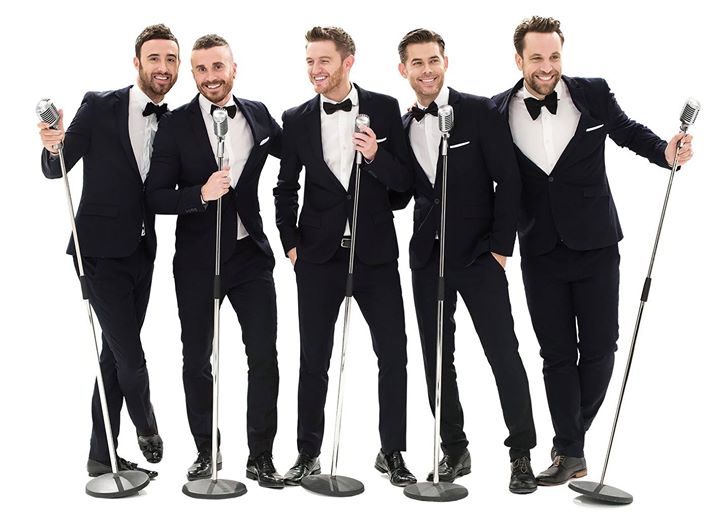 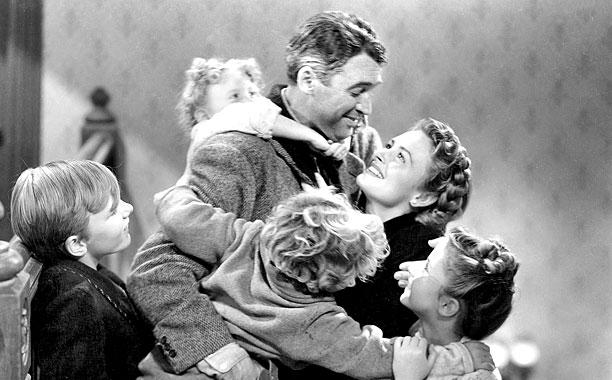 When: 24th December 2016
Where: Liverpool Philharmonic Hall
For a festive movie that will give you chills on Christmas Eve, you just have to watch It’s a Wonderful Life, which stars the incredible James Stewart. However, to experience this classic movie in a unique setting, we recommend booking tickets to the Liverpool Philharmonic Hall’s showing of the feel-good cult classic on 24th December, which can be enjoyed alongside breakfast, lunch or afternoon tea. 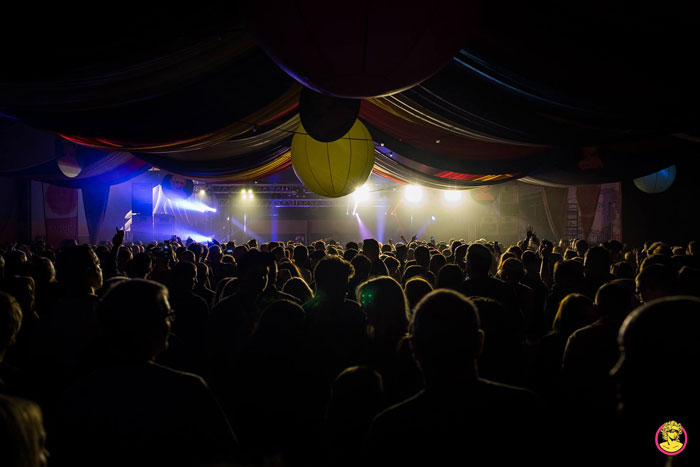 When: 26th December 2016 (8pm-4am)
Where: Constellations
The world’s most in-demand disco spinner, Sadar Bagar, will be making his Liverpool debut at the Liverpool Disco Festival Boxing Day Special at Constellations. Promised to be one of the biggest nights of the year, you can enjoy all sorts of disco hits that will have you up on your feet and smiling well into 2017. The legendary NYC DJ/producer Jogn Morales will also be playing at the event, along with DJ Natasha Kitty Katt and Hustle DJs James Morgan and Jimmy Allen. 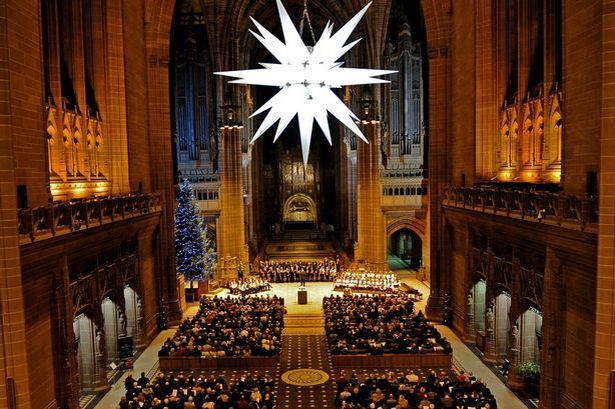 When: 26th December 2016 (11.15am-12.15pm)
Where: Liverpool Cathedral
Liverpool Cathedral will host a Festive Boxing Day Organ Recital, which offers a morning in the company of organist Ian Tracey, who will play festive favourites on the country’s largest pipe organ, followed by some seasonal bell ringing. Also, if you arrive early at 10.30am, you will receive a winter warming drink and a mince pie.