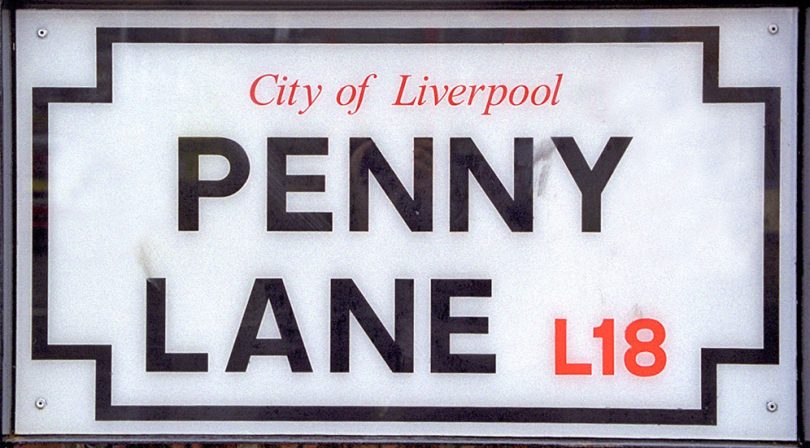 The unprecedented success of The Beatles continues to see fans of the the Fab Four travel to the city from across the world.

Walking along Penny Lane and taking a snapshot of the street’s infamous road signs has become a popular pilgrimage – one that can easily be taken by the Magical Mystery Tour bus or by getting the bus from Liverpool ONE (buses that stop near Penny Lane include the 80, 80A, 86 and 75).

While visiting, fans can enjoy an array of local businesses and bars and restaurants to discover, based on Penny Lane itself and along the neighbouring streets of Allerton Road and Smithdown Road.

Taking inspiration from the sights and sounds of Penny Lane, The Beatles released the song of the same name in 1967, which went on to become one of their best known hits.

The roundabout off Penny Lane – which was home to a bus terminus – was a common spot that John, Paul and George would pass through as school children and later on as students.

It was also a consistent backdrop to the friendship of Lennon and McCartney as the Lennon-McCartney songwriting partnership developed.

“Penny Lane” was kind of nostalgic, but it was really [about] a place that John and I knew … I’d get a bus to his house and I’d have to change at Penny Lane, or the same with him to me, so we often hung out at that terminus, like a roundabout. It was a place that we both knew, and so we both knew the things that turned up in the story.”

The former Beatle visited Penny Lane in 2018 while filming Carpool Karaoke – stopping off to visit the barber shop featured in the infamous lyrics of Penny Lane.

“In Penny Lane there is a barber showing photographs Of every head he’s had the pleasure to know.”

If you’re planning a visit to Penny Lane Liverpool and want to know which bars and restaurants are most recommended, we’ve put together a go-to guide to some local favourites.

Dovedale Towers – located at the end of Penny Lane on Dovedale Road, is best-loved for its high quality pub grub, sunny beer garden and live music and quiz nights.

The iconic pub has been serving locals and tourists since the 1800s. Impressively, John Lennon and Paul McCartney played in the building multiple times with The Quarrymen – not forgetting, Freddie Mercury lived in one of the pub’s rooms from 1969-1970!

Formerly known as Penny Lane Wine Bar, this local favourite located right on the corner of Penny Lane is now known as The Penny Lane and retains its original charm.

Known for its Sunday roast – which is so good, Jodie Comer took the features editor of Vogue while being interviewed for her cover) – The Penny Lane also showcases the best of local talent with live music nights.

If you’re visiting Penny Lane Liverpool in the earlier hours, you need to stop off at The Tavern Co, home to Liverpool’s award-winning breakfast and an expansive menu of delicious brunch dishes.

The strawberry and Nutella pancakes are a popular choice at The Tavern, so if you’ve got a sweet tooth, this is the place to be! By night, The Tavern serves an array of delicious Mexican and American-inspired dishes, sure to hit the spot after a day of exploring.

The Doghouse – which is unsurprisingly dog friendly! – is one of the newer additions to Penny Lane’s food and drink scene, but it has been quick to make an impression on Liverpool locals and visitors to the city.

A post shared by Thedoghouse Pennylane (@thedoghousepennylane) on Dec 13, 2019 at 9:10am PST

Known for its extensive drinks menu, tasty dishes – including sharing boards and vegetarian and vegan options – the bar is best-loved for its infectiously fun atmosphere, thanks to its broad range of live music acts.

We hope you’ve enjoyed our guide to Penny Lane Liverpool and the best Penny Lane bars and restaurants!

Don’t miss our guide to Lark Lane here – another of the best spots for food and drink in the city.