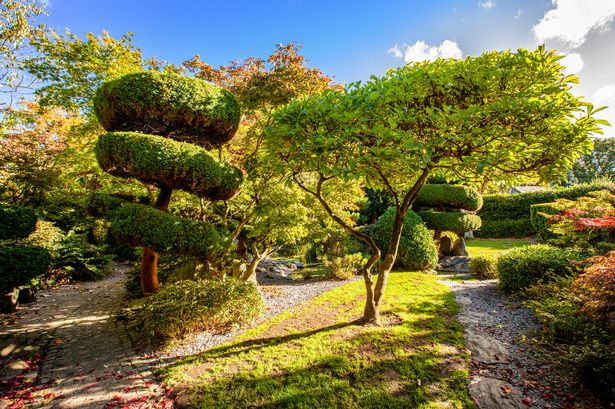 Calderstones Park is one of Liverpool’s most cherished open spaces.

Situated in the leafy Liverpool suburb of Allerton, Calderstones Park is a stunning 94-acre park perfect for families and dog walkers.

Boasting acres of woodland, a beautiful lake and some utterly unique Japanese and old English gardens, it makes for the perfect day out.

Whether you’re building snowmen in winter, wandering through the fallen leaves in autumn or having a picnic during summer, the park is accessible all year round.

The park is a historical landmark in many senses, the Calderstones are six neolithic sandstone boulders remaining from a dolmen and are still in the park to this day. The boulders are thought to be older than Stonehenge and have a prominent standing in the park which the public can explore.

The park is also home to a lake where you can feed the ducks and geese and if you have an angling permit, the lake makes for a wonderful fishing lake.
Calderstones House is furthermore situated within the park, offering a grand Grade II listed building.

The mansion has recently been taken over by The Reader Organisation who are in the process of transforming Calderstones Mansion House into an international flagship project for shared reading, a model reading community

For children and families, there is a miniature railway which is situated at the Harthill Road end of the park. The train runs every Sunday from 2pm and rides are free.

Calderstones Park is a unique outdoor space which features a breathtaking Botanic Garden within its grounds. A tranquil space which makes for a perfect city escape, there are almost 4000 species of plants in the garden which have come from all over the world my merchants and other travellers.

Calderstones House, which was once used as offices for the city council was recently bought by a group called ‘The Reader’ who bring people and great literature together.

Although still in development, the mansion is now home to the lovely Reader Café which serves up fresh and homemade dishes from breakfast to sandwiches and desserts accompanied by a large range of books which are free to read. There is also a children’s play area, gallery and ‘secret garden’ where theatre productions by Shakespear’s Globe are performed.

The space is also now used to host shared reading groups, heritage tours and a number of other community events.

There is furthermore an ice cream parlour which is run by The Reader and located next door to the Storybarn where a number of locally sourced and delicious Cheshire Farm Ice Creams are sold.

Standing tall, the Allerton Oak has been an integral part of Calderstones Park for over 1000 years.

During World War II, staff from the grand mansion used to pluck leaves and acorns from the Oak and send them to friends, family and colleagues who were fighting in the war as a way of letting them know that they hadn’t been forgotten about.

It’s unclear how old the tree is but experts have revealed that the base of the tree shows signs it has been there since medieval times. The Allerton Oak is a true landmark in Liverpool and one which must be seen when visiting Calderstones Park.