There is something about the Great British pub that just fills your heart with joy. Nothing can quite compare to the historic interior, wooden bar and the welcoming face waiting to serve you. The small, intimate pub offers an atmosphere many places would find hard to rival, which is why they have become such an institution across the county.
While the UK may have lost a significant amount of pubs following the recession, we have held onto many charming establishments, which continue to serve punters like an old friend. As Liverpool offers so many exquisite pubs, we here at Big Liverpool Guide have decided the time has come to shine a light on the many beautiful pubs, which continue to bring the people of Liverpool and beyond together in one friendly space. 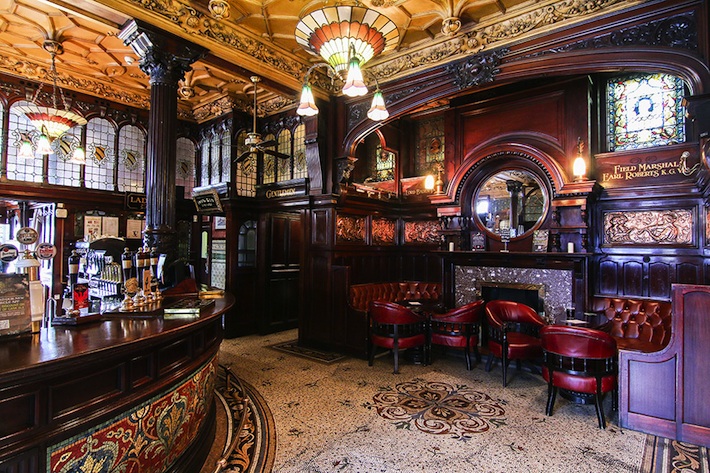 One of the first pubs Scousers will tell tourists to visit is the Philharmonic Dining Rooms, before recommending they drop into the gents’ toilets to view the marble urinals. Located on the corner of Hope Street and Hardman Street, the Victorian public house dates back to 1898 and was built for the brewer Robert Cain. You could easily spend an afternoon enjoying a nice pint in the Grade II* listed building, whilst absorbing the wood-panelled rooms with stunning stained glass windows. 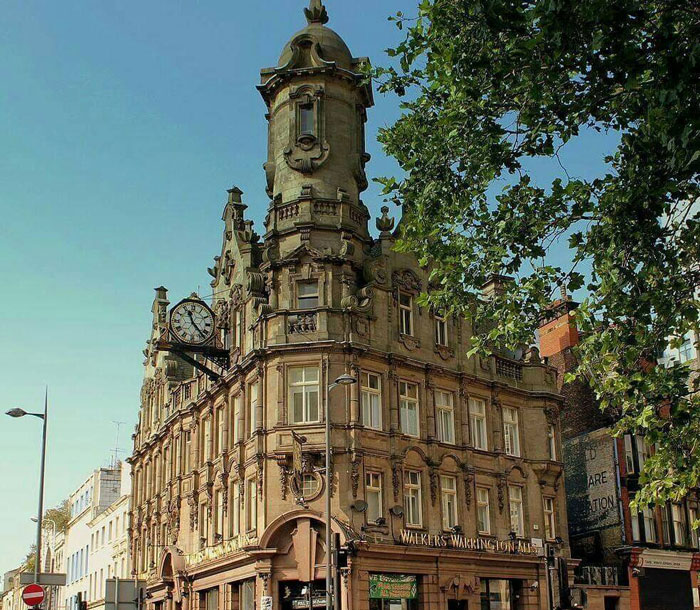 Know to locals as ‘The Big ‘Ouse’, The Vines on Lime Street is the personification of character, offering the same baroque style since 1867 when it first opened. Created by the same architect behind The Philharmonic Dining Rooms, Walter Thomas, this beautiful public house provides a classic pub experience, as well as regular live entertainment and a beer garden.

You will find Peter Kavanagh’s on Egerton Street, which features a variety of curiosities to provide a touch of character you won’t find elsewhere. Despite the pub’s recent 100,000 redevelopment, it has retained its charm and style, as their famous glass windows have been restored to their former glory.
With beautiful mosaic flooring, interesting wall murals and all sorts of unusual ornaments, antiques and old Liverpool photographs on the wall, it’s the type of establishment that will not only make you proud to be British, but even prouder to be Scouse. 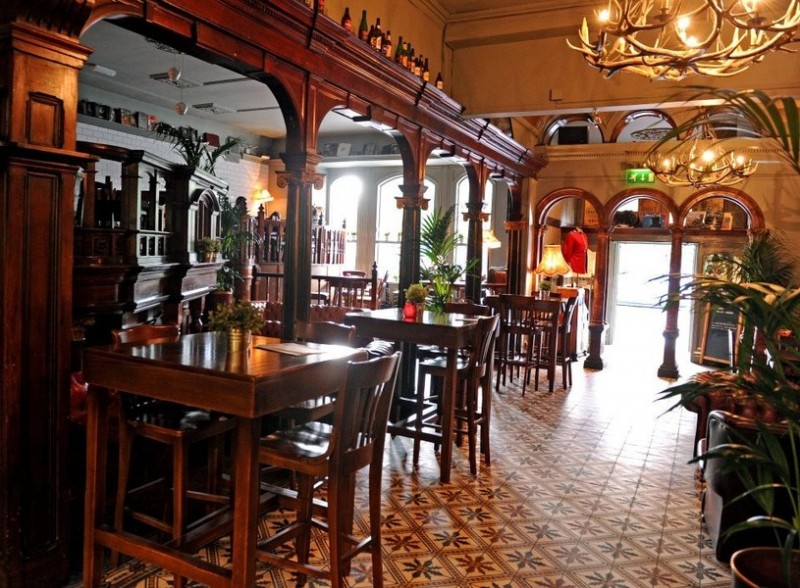 Whether you’re looking for the perfect pub after a hard day at work or to celebrate your day off, The Dovey is waiting with open doors for you to walk on through. Offering a relaxing atmosphere with comfortable seating and plenty of drinks, it’s the perfect place to unwind with friends or family, any day of the week,
This beautiful pub is not only beautiful but it has an amazing musical past. Freddie Mercury once lived at Dovedale Towers, and it also played host to The Quarrymen, before they became The Beatles. 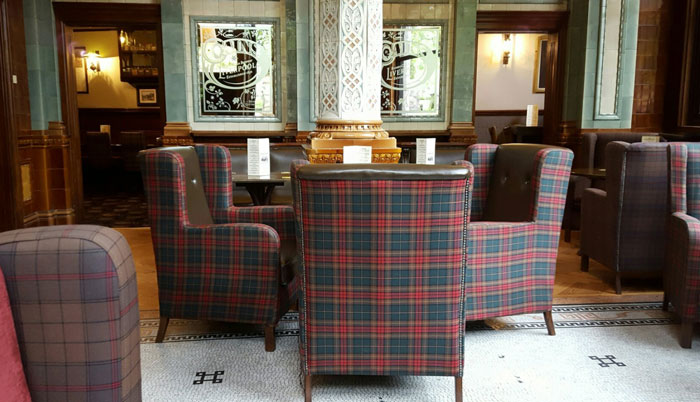 It’s hard not to be impressed with Doctor Duncan’s on St John’s Lane. The 20th century pub features beautiful tiles that are decorated along the walls and fireplace, creating an exquisite interior you would struggle to match.
Originally built for the Pearl Insurance in 1901, Doctor Duncan’s was a tribute to its namesake, William Henry Duncan, who was the UK’s first medical officer of health. It’s not just astounding interior you’ll find, but 700 cask ales, which resulted in the pub receiving the first Cask Marque accreditation in Liverpool. It’s an old-fashioned pub with old-fashioned atmosphere. You’ll love it. 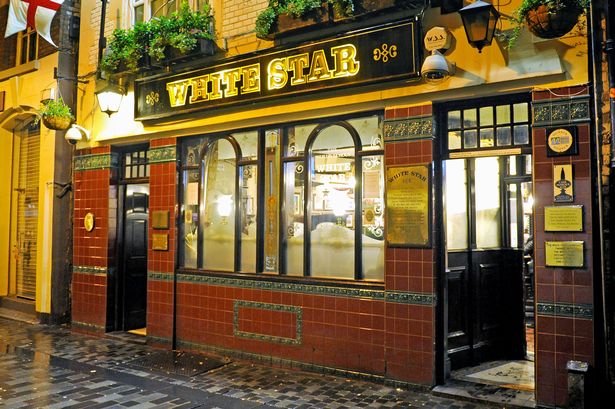 How many times have you walked past the White Star pub? Have you ever stepped inside? Well, if you haven’t, now is the perfect time. Smack bang in the middle of Mathew Street is this intimate establishment, but what it lacks in size it makes up for in atmosphere and tradition.
For those who appreciate a friendly crowd and a traditional pub, you will adore the beautiful tiling, wood carvings and red leather that will provide the backdrop to your night. The pub takes its name from the White Star Line, the shipping company behind RMS Titanic, as the company headquarters were once based in our maritime city. You can therefore enjoy some nautical memorabilia that celebrates the city’s history. It really is a celebration of everything we love about the Great British pub.
The Beatles also used to received payment at the White Star after a performance at the the Cavern Club – and there are seats dedicated to each Fab Four member. 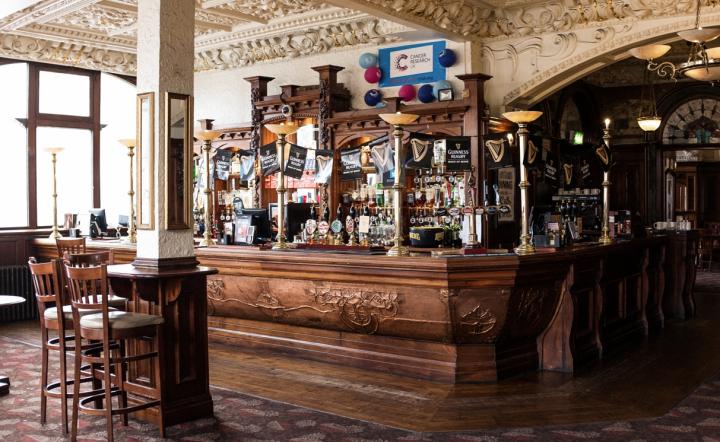 The Crown Hotel stands on the corner of Lime Street and Skelhorne Street, offering a beautiful Art Noveau style that stands out from the crowd. The Grade II listed pub was first constructed in 1905 and has retained its marble facing on the ground, The ornate plaster-work only adds to the character of the red brick building, whilst the glass dome and ceramic fireplace add a touch of opulence to this historic establishment. 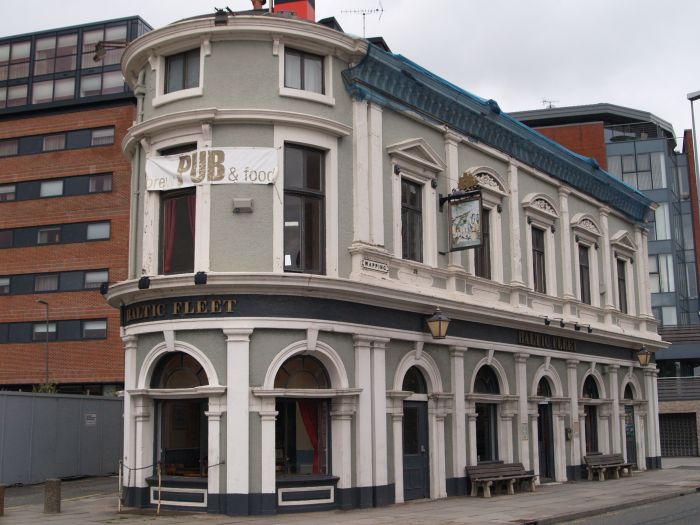 The Baltic Fleet offers a beautiful exterior whilst a charming interior that’s a reflection of the building’s interesting past. Originally serving as two pub, it has come together to create one amazing establishment in the heart of Liverpool. While the 1853 Turners Vaults served the locals, the Baltic Fleet was created in 1856 to serve the city’s dockers.
This historic public house still features a tunnel that once connected the building to the docks, and vice versa, so workers could head for a tipple after work, and the tunnel would have proved perfect for smuggling.
Now you know where to find the best pubs, it’s time to find the best beer gardens in the city of Liverpool.