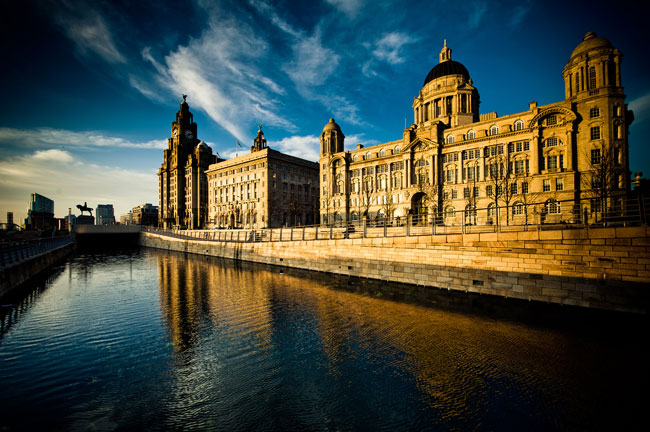 Liverpool has changed considerably in a short space of time. The city, which was once viewed as a hub of criminal activity, has recently been heralded as one of the safest cities in the UK. It is a city that’s growing daily, with new restaurants, bars, stores and attractions emerging practically every single month.
While the city has changed, scouse pride is ever-present. Liverpool is defined by her extensive history, which has shaped so many of the city’s cultural landmarks and events. We are therefore showcasing 10 times Liverpool changed the world. 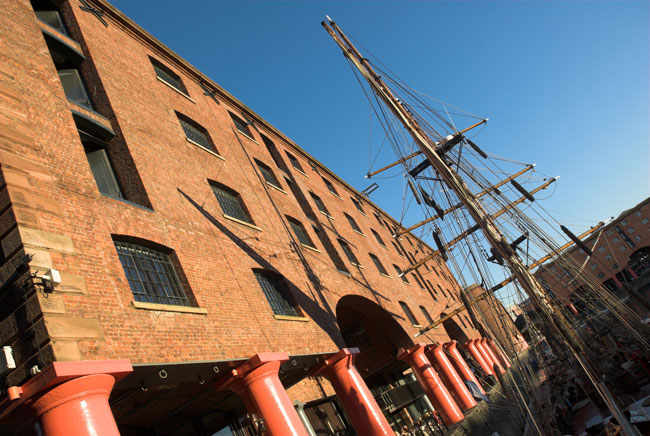 Liverpool once offered a major international port, and so the city had an unfortunate role in the slave trade in the late 18th century. The city benefited economically, with three quarters of all European slaving ships leaving from Liverpool in 1807.
While Liverpool may have significantly profited from the slave trade, Liverpudlian historian, William Roscoe, was one of the best known abolitionists, who wrote poetry and pamphlets on the subject, and worked behind the scenes in an attempt to end transatlantic slave trade.

The steam locomotive helped Great Britain become one of the most powerful nations in the world – which was made possible by opening the first major railway line, the Liverpool & Manchester Railway, in 1830. This was the world’s first inter-urban railway link to another city, which became integral to the Industrial Revolution, transforming the way people travelled across the country.
Train fares were initially very expensive for the average working man, but prices later dropped due to increased competition and Liverpudlian William Gladstone’s 1844 Railway Act, which required every company to supply a minimum of one train per day for no more than 1d per mile. By 1854, an incredible 92 million journeys were made in England and Wales along a single network, which stretched just 6,000 miles. 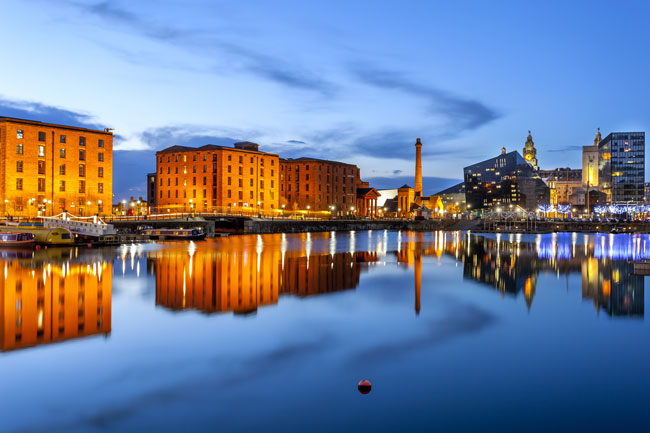 The Albert Dock is quite different today to the dock that was officially opened by Prince Albert on 30th July 1846, with the aim of accommodating sailing ships with cargo capacities of up to 1,000 tons.
Creating wooden warehouses were deemed a risk, and so the Albert Dock was an engineering feet, as the complex of dock buildings and warehouses were built from cast iron, brick and stone, making it the first non-combustible dock warehouse system in the world. That was not the Albert Dock’s only first, either. It was also the world’s very first hydraulic warehouse, as hoists were installed in 1848.
Sadly, only 7% of the ships docking into the world famous port were sailing ships, and so the Albert Dock was closed in 1972, before HRH Prince Charles reopened the dock on 22nd May 1988 following regeneration. 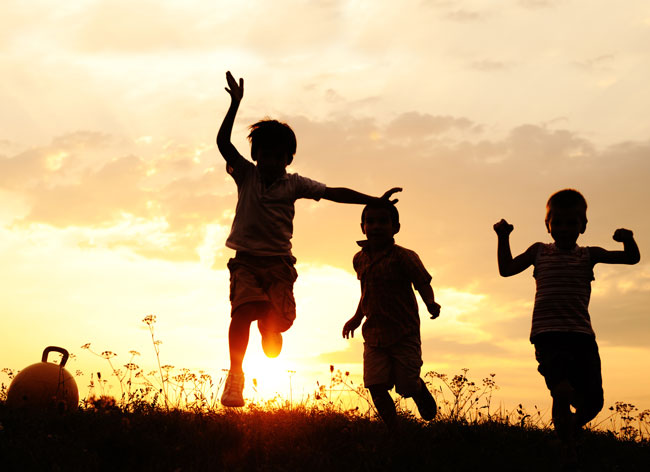 Liverpool has an extensive history supporting various charitable organisations. Not only did the city found the first School for the Blind, Mechanics’ Institute, Juvenile Court, council house and High School for Girls, but many charitable organisations also successfully evolved from work in the city, including the RSPCA, Citizen’s Advice Bureau, Age Concern, Related and Legal Aid.
One of the most notable charitable organisations that stemmed from Liverpool is the NSPCC, which was created by Liverpool businessman Thomas Agnew, following his visit to the New York Society for the Prevention of Cruelty to Children. Impressed by the fantastic work of the organisation, Thomas decided to begin a similar charity to support the children of Liverpool in 1883. Due to the charity’s success, other cities and towns across the UK followed Liverpool’s example, which led to parliament passing the first ever UK law to protect children from abuse and neglect in 1889. 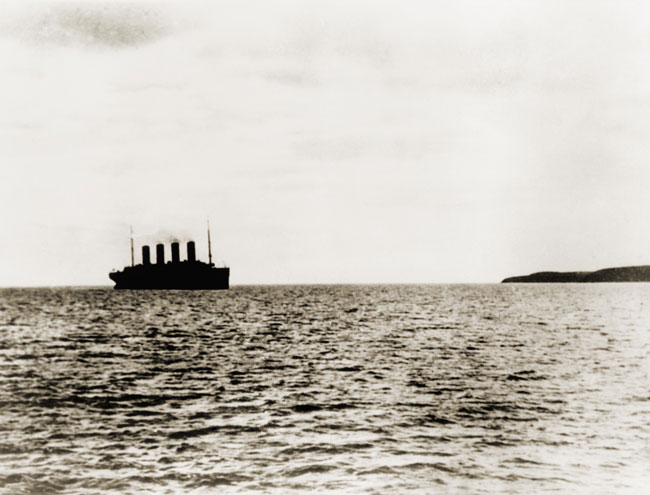 The White Star Line was one of the biggest shipping companies in the world during the early 20th century, with the company headquarters based in Liverpool. The shipping company created some of the largest, most luxurious liners at the time of their launch, including RMS Olympic and RMS Oceanic. J. Bruce Ismay, the Chairman and Managing Director of The White Star Line, also hailed from Liverpool and was the brainchild behind the famous ill-fated ship, RMS Titanic.
The exquisite liner was scheduled to set sail on her maiden voyage in April 1912 from Liverpool, but the route was later changed to depart from Southampton on 10th April 1912. However, just four days into her journey to New York, USA, the ship collided with an iceberg, resulting in the loss of more than 1,500 lives.

World War II was one of the most devastating wars in world history, taking the lives of more than 61 million people. On 1st September 1939, Adolf Hitler invaded Poland, resulting in Britain and France declaring war on Germany just two days later.
Liverpool played a pivotal role in the country’s war effort, as it was the control centre for the Battle of the Atlantic – which was fought and won from the city. The importance of Liverpool’s dock was recognised by both the UK’s Prime Minister, Winston Churchill, and the Führer of Nazi Germany, Adolf Hitler. As the enemy identified Liverpool as an integral city for the country’s war effort, Liverpool suffered a blitz that was second only to the English capital, London. Many of the city’s biggest landmarks were damaged, as a result, including St Luke’s Church (The Bombed Out Church).

Many of the finest 20th century shipping companies were located in Liverpool, including the Cunard Line and The White Star Line, who provided transatlantic travel to passengers from different corners of the globe.
Not only did the city help transform transatlantic passage, but Liverpool’s status as a major port contributed to the city’s diverse population, as many people emigrated from Ireland to Liverpool during the potato famine to start a new life, with 1.3 million immigrants passing through Liverpool’s port. Many Irish immigrants regarded Liverpool as a stepping stone to a better life in America; however, a large number opted to make a home in the city. The impact of the Irish Potato Famine still has an impact on Liverpool, with even two of the city’s biggest stars, John Lennon and Paul McCartney, carrying Irish surnames.
As a result of the city’s maritime heritage, Liverpool is also now the home to the oldest Black African community in the UK, and the oldest Chinese community in Europe. 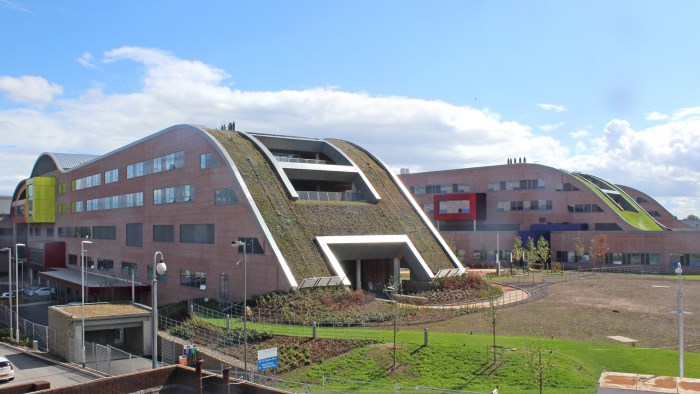 Alder Hey is the largest children’s hospital in the UK and Europe, caring for 270,000 children every year. The innovative hospital has had numerous healthcare firsts since 1914, as it was here the testing of the drug penicillin helped save a child from pneumonia in 1944, transforming healthcare across the world forever.
The children’s hospital also pioneered various splints and appliances, such as the Thomas Splint, and established the first neonatal unit in the UK. That’s not all, Alder Hey also cured the UK’s most commonly encountered congenital heart defect, and introduced liquid glass to reduce infection.

source: www.liverpoolmuseums.org.uk
Many people are seemingly unaware of April Ashley, despite the fact she had the courage to fight for social justice. In 1950, April’s name wasn’t April. It was George, who grew up on a Liverpool Council housing estate.
Back in the fifties, transgender people were relatively unheard of, making it difficult for young boys and girls to find a place in society. George, hoping to one day fit in, enlisted in the Merchant Navy for two years, striving to feel like the man society thought he should be.
However, his plan failed, leading to an attempted suicide and trying to cure himself once again with electroshock therapy. Accepting who he was, George ran away, which led to him embarking on a dance career at the world famous La Carousel club in Paris. Striving to become female, George underwent surgery to become April Ashley, a high society model who posed for iconic photographers David Bailey and Terence Donovan. She also modelled for Vogue, wearing clothing from various famous fashion houses, such as Givenchy and Chanel.
A star in the making, April Ashley’s past was revealed by a friend in the Sunday People in 1961. As a result, her marriage to Arthur Corbett, an English aristocrat, was ended by the English Appeal Court.
April Ashley, who is one of the earliest British people known to have embarked on sex reassignment surgery, inspired many other transgender people to fight for social injustice, and was appointed a Member of the Order of the British Empire (MBE) in the 2012 Birthday Honours for her services to transgender equality. 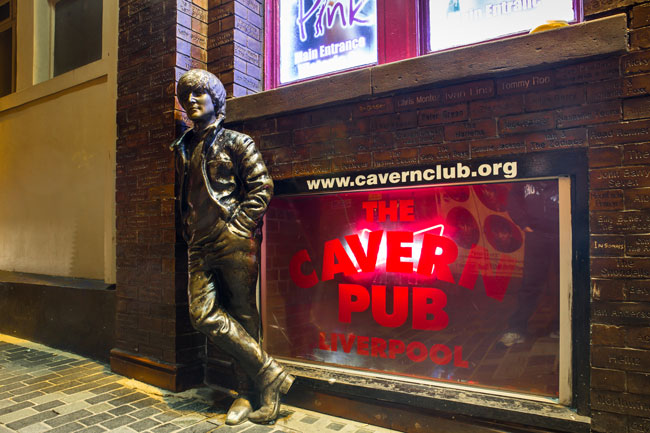 The Beatles comprised of just four young lads from Liverpool who each had the same dream – but no-one could have ever predicted the level of fame and acclaim John, Paul, George and Ringo received from their best-selling albums, such as Rubber Soul (1965) and Sgt. Pepper’s Lonely Hearts Club Band (1967), to name but a few.
Selling an estimated 600 million records worldwide, The Beatles dominated the international music scene with their legendary hits, such as Hey Jude, Yesterday and All You Need is Love, and are now regarded as one of the most influential musicians in rock, inspiring countless artists to pick up a guitar, microphone or pen. Click here to view the lesser known Fab Four Liverpool landmarks.