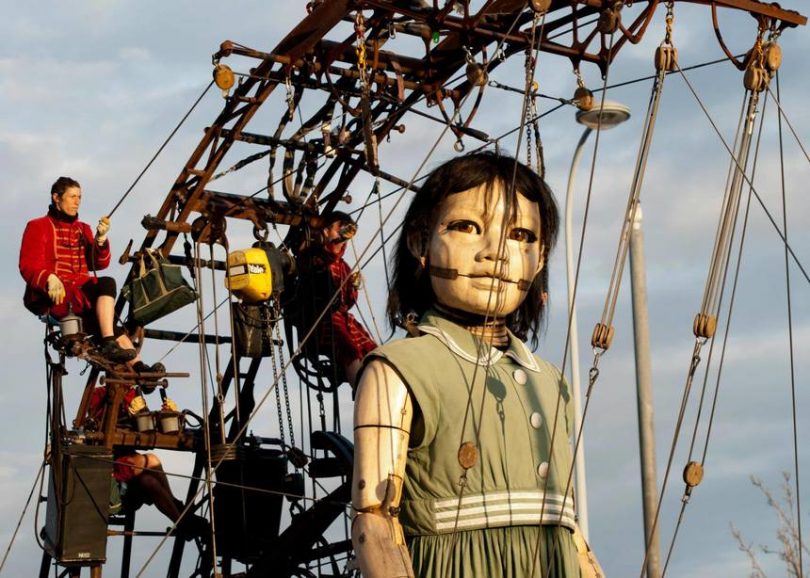 French theatre group Royal de Luxe are bringing their fabulous puppets back to Liverpool for a final time this October, completing a trilogy of storytelling that started right back in 2012 with a four-day Giants Liverpool extravaganza.

From Thursday 4 October to Sunday 7 October, some of the city’s favourite characters from previous visits will be strolling around Merseyside, discovering the sights and sounds of the city in a celebratory long weekend.

Here’s everything your need to know about the Giants Liverpool visit, from all the routes through the city (and the Wirral) to where the best rooftop bars and restaurants with perfect vantage points are…

What’s happening with the Giants Liverpool this year?

In previous years, the giants have awed us with magnificent stories including the ‘Sea Odyssey’ visit, part of the centenary of the Titanic sinking in 2012 and, four years ago, a stop-over in Liverpool as part of the commemorations of the first world war. 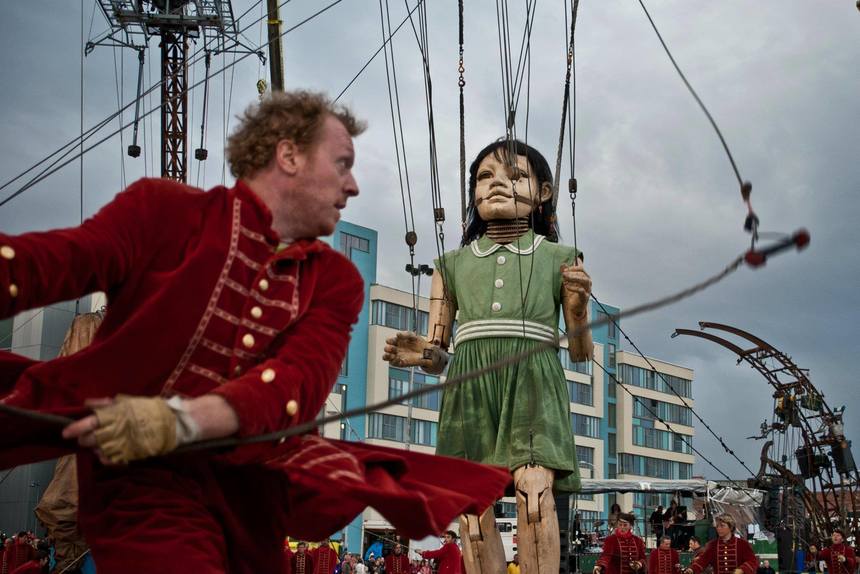 This year, the theme is a little more uplifting. ‘Liverpool’s Dream’ will celebrate 10 years since Liverpool was named European Capital of Culture, a decade which has seen an arts and culture revolution grip the city, kick-starting a new chapter of Liverpool history.

And although not all the details of the programme have been released, organisers have said we’ll definitely see some familiar faces returning to say goodbye, as well as an exciting new one.

Artistic director for Royal de Luxe, Jean-Luc Coucoult, recently announced that alongside the Big Giant (who appeared as a Diver when the giants came to Liverpool in 2012) and the dog Xolo, the Little Boy Giant, one of the first puppets the French company made, will be joining this year’s extravaganza, in his first ever trip to Merseyside.

Where can I see the Giants Liverpool? 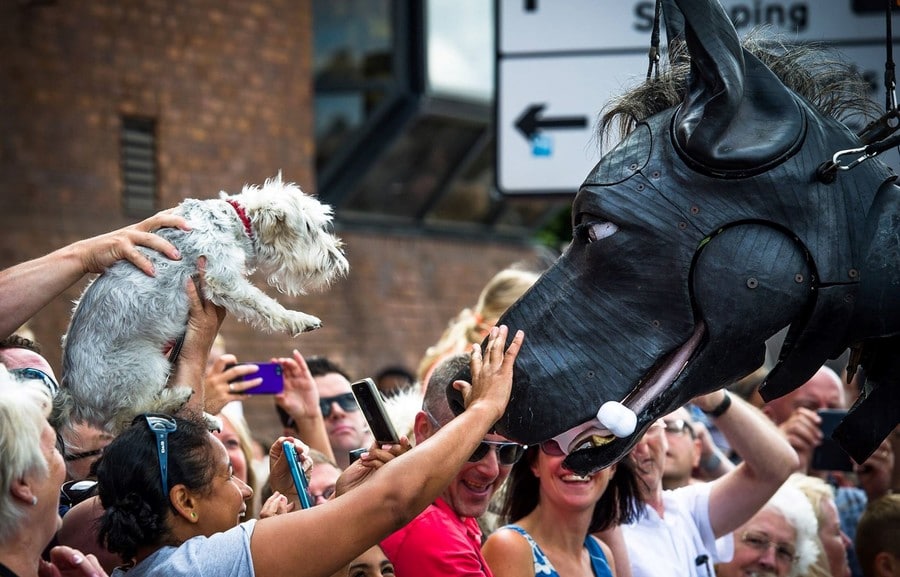 You’ll be able to catch plenty of Giant action across Liverpool, with key locations including the waterfront, Princes Park in South Liverpool and areas of the Georgian Quarter and business district.

A number of ‘static’ sites have been pinpointed for stationary shows across the weekend, as well as up to two walking routes per day. On Sunday, all the routes will collide for a spectacular waterfront finale.

And for their last visit, the incredible visitors will even be venturing to the other side of the Mersey, with some exciting events happening around New Brighton on Friday 5 October.

Here are the full routes for all the Giants this year…

A Giant will  be waking up on St George’s Hall Plateau and taking a stroll to Lime Street, Renshaw Street, across St Luke’s Place and onto Berry Street, Upper Duke Street, Catharine Street, Upper and Parliament Street. They’ll then be heading down Princes Road, Princes Gate West, Devonshire Road and into Princes Park where the well-walked visitor will sit down for a siesta.

Waking from their slumber, the giant will walk back down Devonshire Road, Princes Gate West, and Princes Road before crossing Upper Parliament Street and walking down Catharine Street, Canning Street, Upper Duke Street, Duke Street, Paradise Street and Liver Street. They’ll then be turning into The Strand onto Queens Wharf for an evening sleep. 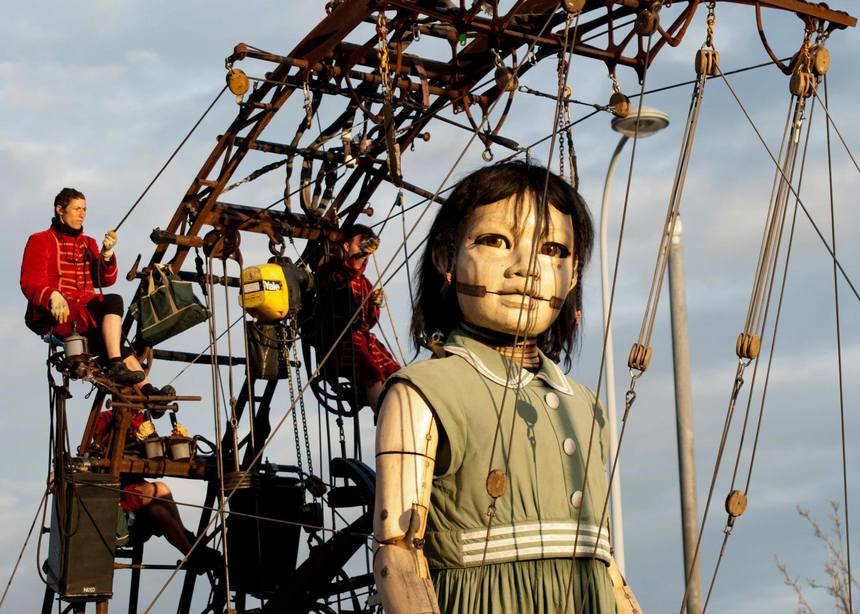 Head to the lighthouse at Fort Perch Rock to catch the Wirral’s first ever Giant visitor waking up. They’ll be taking a stroll along Marine Promenade and onto the Coastal Drive towards Kings Parade.

After a siesta at Kings Parade, the Wirral Giant will be waking up at The Ships and heading down along Kings Parade, Marine Promenade, Tower Promenade and Magazines Promenade.

On Saturday, there will be two routes winding their way through Liverpool.

The first Giant will start its day at Queens Wharf, walking down Wapping, The Strand, Paradise Street, Hanover Street, Church Street, Whitechapel and Stanley Street. It will then cross Victoria Street, before heading down Dale Street, Castle Street, Derby Square and James Street to Mann Island.

The Giant will continue its city centre adventures walking down Canada Boulevard, Water Street and The Strand before turning round and heading to George’s Dock Gates where all the giants in the city are set to meet before all walking down New Quay, Bath Street, Waterloo Road and into Clarence Dock for an evening sleep. 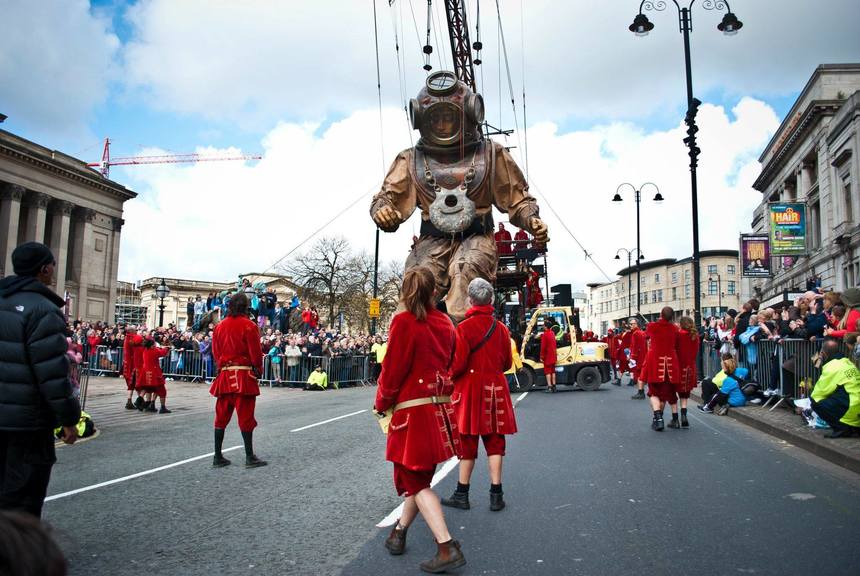 The second route will continue in the afternoon, going down Castle Street, Dale Street, Moorfields, Tithebarn Street, Chapel Street and into George’s Dock Gates, where all the Giants will meet up and head down to Clarence Dock.

For the Sunday Finale, all the giants will walk together around the city centre.

All the giants will leave Clarence Dock via King Edward Street and head down onto the Strand. One giant will depart via The Docks, while the remaining chraacters will continue along The Strand and onto Sefton Street where they’ll stop for their final siesta.

Leaving Sefton Street, The Giants will parade back down to Canning Dock, biding farewell to the city of Liverpool for the final time. 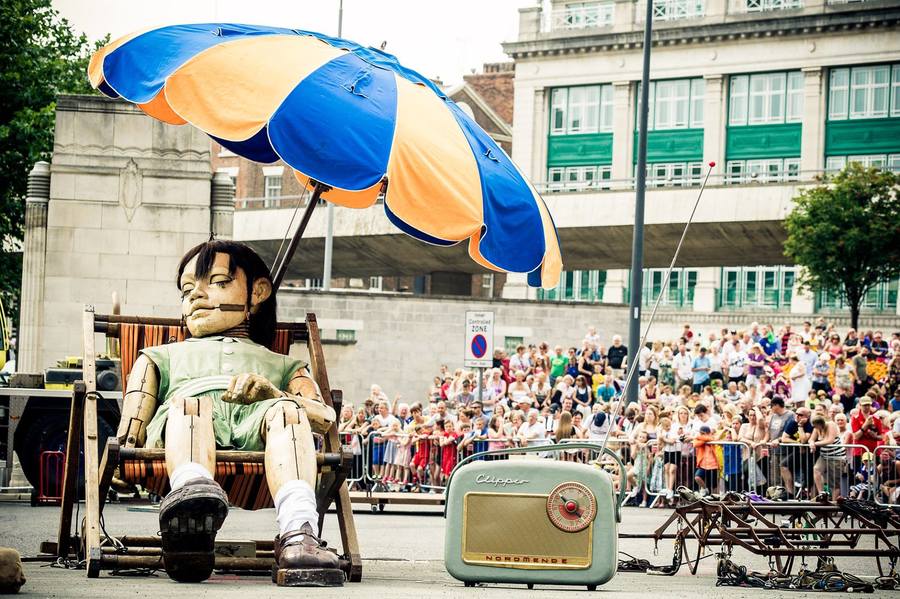 Where’s the best places to watch the Giants Liverpool?

If you’re looking for somewhere to catch the action without having to stand in the street crowds, head to some of the bars and restaurants along the routes to ensure you get a great view without fighting through the crowds…

On Friday, the best bars and restaurants to dine and giant-watch will be on Berry Street, Upper Duke Street and the area around the Hanover Street / Duke Street crossing. 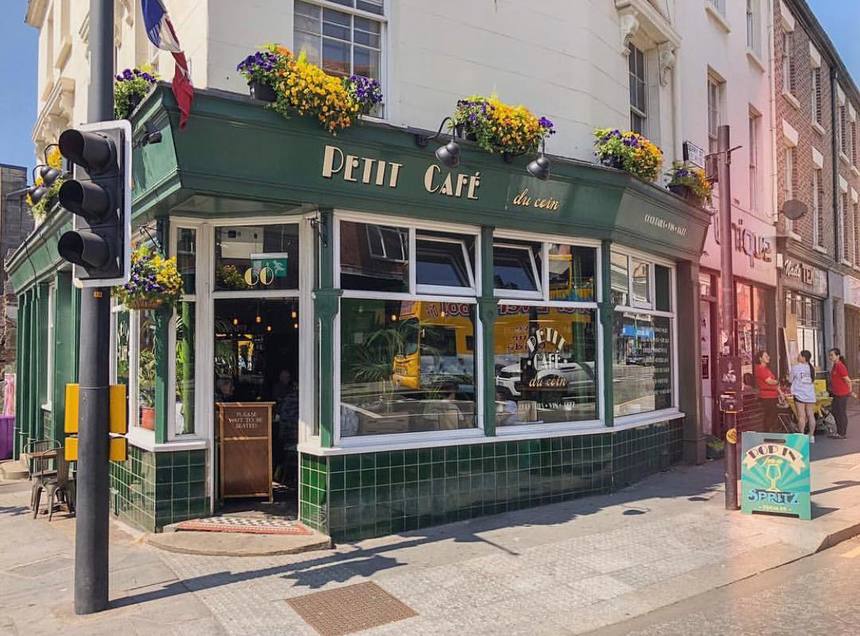 Sound on Upper Duke Street is the perfect place to grab an after-work pint as the Giants head back down the road on their first evening in the city.

And Salt House Tapas, with its outdoor seating area and big glass windows, will be perfectly placed on the cross-roads of Hanover, Paradise and Duke Streets to enjoy some early-evening tapas while the first of Liverpool’s giant routes winds past the windows.

On Saturday, your best bet for spotting some Giants will be on the waterfront and around Mann Island – luckily there’s a couple of perfectly placed venues that look out over the main Liverpool routes.

Great vantage points for the afternoon’s route include Oh Me Oh My on the Strand with their eclectic collection of cocktails on the rooftop garden, and the food and drink hall Dockside Dining Club at Mann Island.

On Sunday, all the best vantage points will be down The Strand again, as the Giants complete their parade finale down the Waterfront. 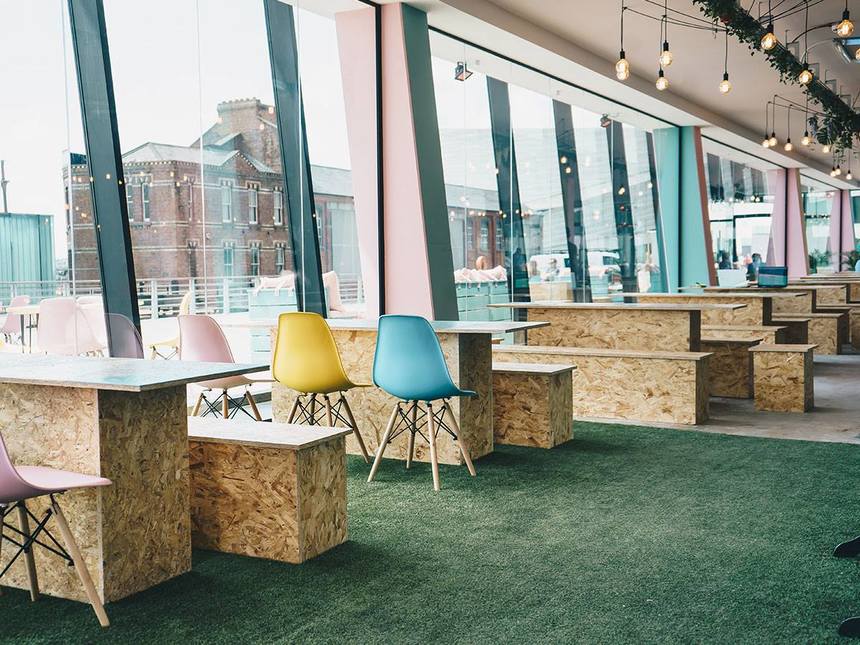 30 James Street is perfectly placed in the middle of all the action, as are Oh Me Oh My and Dockside Dining Club. The traditional Baltic Fleet pub further down Wapping will also get a visit from the Giants.

We can’t wait for the Giants to Return to Liverpool once more!